OPINION: Why The History of Lynching Is No Laughing Matter | Jackson Free Press | Jackson, MS

OPINION: Why The History of Lynching Is No Laughing Matter 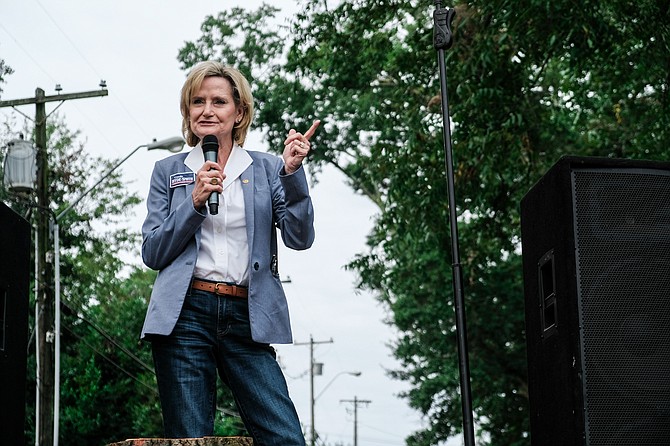 "What is truly ridiculous is (Cindy Hyde-Smith's) inability to see how her words can be logically associated with lynching and her flippant dismissal suggests insensitive misanthropy." —Rev. CJ Rhodes; Photo by Ashton Pittman

The words stung on Sunday, Nov. 11. Cindy Hyde-Smith, our U.S. Senator whom Gov. Phil Bryant appointed to fill Thad Cochran’s seat after he retired, appeared in a viral video saying that she would be on the front row of a public hanging if the avid supporter seen with her in the video invited her. She made these remarks at a campaign stop on Nov. 2, but they apparently only made their social media rounds nine days later.

A “public hanging” solicited the worst images of black men and women swinging like strange fruit from sycamore trees while dozens or hundreds of white, mostly Christian, men and women congregated to point and smile with glee. The Senator is presently in a run-off election with Mike Espy, a black Mississippian, and that fact adds greater ire.

As more than a million people viewed the video nationwide on Veterans Day, Mississippians and other Americans decried the language. Subsequently, Sen. Hyde-Smith showed no remorse, no repentance, no understanding of or appreciation for the history of lynching in the state she now serves in the U.S. Congress. In her formal statement she issued late Sunday evening, she stated, “In referencing the one who invited me, I used an exaggerated expression of regard, and any attempt to turn this into a negative connotation is ridiculous.” What is truly ridiculous is her inability to see how her words can be logically associated with lynching and her flippant dismissal suggests insensitive misanthropy.

According to the NAACP, “Mississippi had the highest lynchings from 1882-1968 with 581.” Mississippi’s most infamous lynching occurred in Money, Miss., in 1955 when 14-year-old Emmett Till was lynched for allegedly offending Carolyn Bryant, a white woman. Hyde-Smith grew up in Brookhaven, Lincoln County, where the last reported public lynching was 1928. There are many African Americans alive today who themselves or whose parents experienced the terror of the KKK or ordinary white mobs terrorizing communities throughout the state. As recent as 2018, there have been alleged lynchings of young, black men.

Hyde-Smith, a white Southern woman, should not miss that many lynchings occurred due to white men “protecting” the purity of white women. Many black men were killed for minor misdemeanors, if they committed a crime at all, in order to sustain the order of white supremacy, of which white women were benefactors. It is beyond reason that Hyde-Smith is oblivious to this. In a similar incident, Trent Lott, our former Mississippi U.S. Senator, was forced to resign in 2002 due to comments wherein he suggested America would be a better place had Strom Thurmond, a rabid segregationist, won the presidency in 1948.

Furthermore, the response from Bryant has been insulting. The state’s highest elected official swiftly denounced State Sen. Chris McDaniel’s racial comments that he made regarding blacks’ dependence upon government “handouts.” However, Bryant came to Hyde-Smith’s defense by calling this a controversy political spin.

This year Mission Mississippi, a Christian organization founded to foster racial reconciliation, celebrates 25 years of ministry. Its present focus is “to see Christians living out the grace of the gospel unhindered by racism, racial strife, racial prejudice, racial hatred, and racial division throughout Mississippi and the world.” Here’s a time for Governor Bryant, the Mississippi GOP, and others throughout our state to do just that. Mississippi cannot heal our ugly racist past or present if we continue to belittle the real pain and harm it has caused.

While Hyde-Smith’s comments certainly warrant a serious discussion about her resignation, that is unlikely to happen and ultimately only form part of a more comprehensive response.

What is most important now is for Mississippians of good will to mobilize and vote in record numbers on Tuesday, Nov. 27. I encourage you to vote for Mike Espy for U.S. Senate and send a resounding message to the nation that Mississippi will not be held back in the midnight of our terrible and terrorizing past. By electing Espy, it will be the first time an African American would be elected to the U.S. Senate (the State Legislature appointed our two black Reconstruction-era Senators).

There are those around the nation and in our state who maintain that it is ridiculous to believe a black person can be elected to the Senate. Let’s show ourselves and the watching world that a new day is dawning in Mississippi—a day that belongs to all of us and not just the privileged few.

Rev. CJ Rhodes is the pastor of Mt. Helm Baptist Church in Jackson, Miss. This piece originally appeared on The Witness. The Jackson Free Press edited for content and style.

This piece does not necessarily reflect the opinions of the JFP.