OPINION: Do Jacksonians Know Our Greatness? 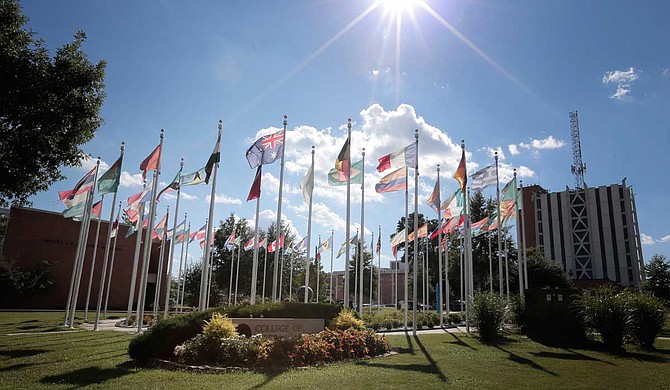 Jackson State University is the flagship college of capital city to cherish. Photo by Imani Khayyam

If growing up in the Jackson metropolitan area makes one a Jacksonian, then I've been one since birth. To be sure, it takes more than growing up in the region to qualify as a true "native," as I have been reminded several times since moving to Jackson proper back in 2009.

That I had a fondness for the City with Soul since my youth is undeniable, however. Living in Hazlehurst, a railroad town about 40 miles south of Jackson, weekends were made for visiting "the big city." Mom would get us up early Saturday mornings, pack us up in her Chevy Impala we nicknamed Brownie, and we would travel joyfully for a day of shopping and fun, miles from our quaint domicile.

Without fail, we would make our way to the Metrocenter, where Mom shopped at Sears and Payless and purchased us Auntie Annie's pretzels with caramel sauce, and then we stopped at Sack & Save on our way back home that evening.

My parents divorced when I was 6, and Dad soon thereafter moved to Jackson, first to an apartment complex near the Metro, and later integrated a northeast Jackson neighborhood where he still resides. Many weekends and summers were spent with him, and I grew fond of learning more and more about the Capital City as we frequented Chuck E Cheese, Toys R Us, Parham Bridges Park and a myriad of restaurants.

For a country boy, Jackson was the closest thing to big-city living, and I appreciated its change of scenery and seemingly endless possibilities.

Though I see things differently through adult eyes, I still believe Jackson is an awesome city, even more so now as a resident and taxpayer. Many of the places I frequented in my youth are distant memories seeping through a ghost-town mall or resurrected through religious repurposing. Yet I have pledged myself to Jackson, believing its better days are yet ahead.

I have lived in other cities: Oxford, Memphis, Raleigh-Durham. I have traveled the expanse of the country and stayed in great cities like Chicago, Dallas, Atlanta, New Orleans and Washington, D.C. Most of these major cities have to deal with what is common to urban places: crime, crumbling infrastructure, multiracial middle-class flight, gentrification, political bickering, racial politics. But they have also defied these issues in the collective consciousness of the nation.

When people around the United States think of Chicago, they think of Oprah, Harold's fried chicken and the Bulls. The Grizzlies, Beale Street and the Church of God in Christ reign supreme when they think of Memphis. The great food and times roll on in thoughts of the Big Easy, and Hotlanta is the southern city where dreams become reality television.

When we natives and transplants think of Jackson, however, we are not as quick to celebrate what makes us unique and rise above the issues that plague every major city in America. Admittedly, I hate that we see ourselves as grasshoppers and not the giant we are.

For years, mayors and marketers have tried to charge our imagination. By now we know that we are the Crossroads of the South, a Destination City with Soul with One Aim and One Destiny.

But do we know our greatness?

We are the cultural capital of Mississippi, housing museums that rival any in D.C. or elsewhere. We are a culinary cosmopolitan's dream city with restaurants suited for diverse appetites. We are big enough to do big things in, and small enough where lots of people can know your name.

We are a kaleidoscope of varied neighborhoods with unique identities and brands that together make Jackson a multifaceted diamond in the ruff.

My hope is that everyday citizens and local and state government work harder together to make sure our capital city excels in the Southeast and beyond. We, the citizens, must celebrate good news as much as possible on social media and in print and broadcast media. Elected officials should leverage the cultural assets and connections we; we are a college town with Jackson State University as our flagship institution.

We should rely more on the research and social capital these institutions of higher learning bring to the table. The Two Mississippi Museums run circles around others across the country; they should be a think-tank for importing the hard-won wisdom Jacksonians and Mississippians attained regarding justice, survival and hope.

I'm not from Jackson, but I'm a Jacksonian now, and I want us to know how great we already are. Some old stores Mom and Dad took me to may be gone forever, but what Jackson means to small towns across Mississippi and nation is still viable.