OPINION: The Stories We Tell About Jackson 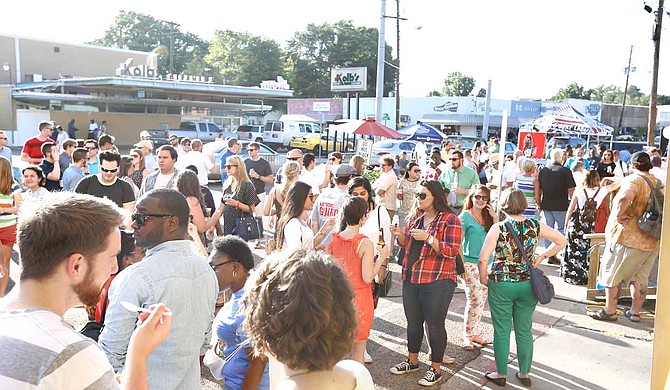 “I’m not saying we should ignore history or facts, or even abandon self-deprecating humor. But just for a minute, let’s make the illusory truth effect work for us. Let’s practice some radical self-love.” Photo by Imani Khayyam. 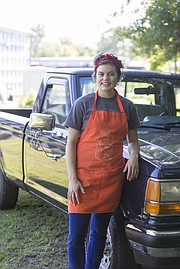 Recently, I met a family visiting Jackson from Knoxville, Tenn. It was their first time in the capital city, and they had just toured the Eudora Welty House, the Pulitzer Prize-winning author's home turned literary museum. They talked excitedly about what they had learned.

"Jackson is such a lovely place," they said. "The food is good, the  people are nice."

I nodded and smiled.

"I'm glad you think so," I replied. "Most people are pleasantly surprised when they visit our city for  the first time."

Then one of them leaned in close, said in an almost-whisper: "My Mississippi in-laws always told me to stay away from Jackson, that it was dangerous." She paused, then added: "I wish I hadn't listened to them for so long."

We hear a lot of stories about our city secondhand from people who don't live here. Many of them are unflattering, and most are untrue.

In thinking about what I wanted to write for this opinion piece, I kept returning to my conversation with the Knoxville family, and the hundred other similar conversations I've had since moving here almost six years ago.

Social scientists have a name for this phenomenon: the illusory truth effect, or the "tendency to believe information to be correct after repeated exposure." In other words, when we hear the same stories repeated over and over again—Jackson is dangerous, for example—we start to believe them. Fairy tales, especially those rooted in bias, prejudice and fear, begin to sound like facts. Too often, these false narratives hijack the story of our city from those who are most capable of  telling it: us.

But all too often, Jacksonians feed into those false stories, too. At some point in time, all Jackson transplants get asked, "How did you end up here?", as if we were dropped by parachute into a post-apocalyptic wasteland. This question, asked incredulously, implies that Jackson is an undesirable place to live, and yet people continue to move here. Are people in Portland asking newcomers to their city, "Of all the places you could live, why on earth would you want to live here?" No, because they trust that others will love their city just as much as they do.

We can do the same.

Jackson deserves better stories. Jacksonians deserve better stories. I'm not saying we should ignore history or facts, or even abandon self-deprecating humor. But just for a minute, let's make the illusory truth effect work for us. Let's practice some radical self-love.

For more than 15 years, the Best of Jackson awards have spotlighted our favorite restaurants, podcasts, bartenders, museums and more. It is an  opportunity to celebrate our city, to tell a different kind of Jackson story.

Here are some stories that I want to tell about Jackson, stories which are as affirming as they are true.

Jackson is a vibrant city, full of  diverse, creative people. Jacksonians transform abandoned warehouses into art galleries, start organic farms and found nonprofits that send books to prisoners. We are Muslim, Hindu, Christian, Jewish, Buddhist, atheist and agnostic. We are writers, entrepreneurs, engineers, musicians, teachers and students. We are LGBTQ. We are Latin American, African American, Asian American and European American. Our diversity strengthens us.

Jacksonians stand up for equality. We honor the legacy of civil-rights activism in our city. We show up at city council meetings and town halls. We protest injustice. We advocate for public spaces that are accessible to people of all abilities. We know our history, and we learn from our history. We  campaign. We vote.

Jackson is beautiful. I'm thinking about the architecture downtown, the azaleas, camellias and magnolias, the old neighborhoods shaded by tall trees.

The city is a great place to live. You know this already. It is a city where you can put down roots, start a business  or raise a family.

Lauren Rhoades is a writer, culinary creator and lowbrow foodie. She is the founder of former Jackson-based business Sweet & Sauer. Currently she is pursuing an MFA in creative writing at the Mississippi University for Women.