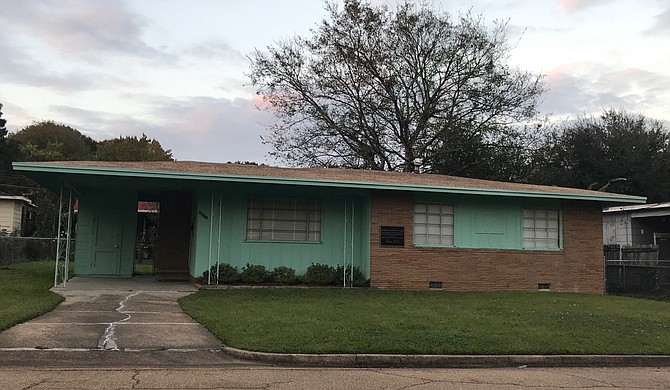 The Medgar and Myrlie Evers home in Jackson is one of four locations statewide that the National Park Service is considering for a federal park designation. A white supremacist gunned down Medgar under the carport. Photo by Ko Bragg

It is hard to choose which site of civil-rights trauma in Mississippi should be a national park, but the effort is under way and controversial, even among some family members who lost loved ones due to white-supremacist violence.

Last week, a group from the National Parks Service traversed the state to host listening sessions to determine where a new national park with civil-rights significance would go. Last May, Congress passed a law requiring the U.S. secretary of the interior to study at least five locales in Mississippi significant to the Civil Rights Movement.

Congress included the Medgar and Myrlie Evers House in Jackson where Medgar was assassinated in 1963; Bryant's Grocery & Meat Market where 14-year-old Emmett Till allegedly whistled at Carolyn Bryant in 1955—a fabricated act for which he was later murdered; the Tallahatchie County Courthouse where the men accused of murdering Till were tried and acquitted; the Old Neshoba County Jail where three Freedom Summer civil rights workers James Chaney, Michael Schwerner and Andrew Goodman were kept before police and the Ku Klux Klan murdered them in June 1964; and Dr. Gilbert Mason's former medical office in Biloxi on the Coast, where he helped organize "wade-ins" from 1959-1963 to desegregate the beaches.

But not everyone liked the suggestions. Impassioned community members showed up at the public forums, some advocating for other sites to be included and others lamenting the initial five sites.

Till Family 'Not Pleased'

Priscilla Sterling, a relative of Till, was one of them. She stood up in front of approximately three dozen people in a "Emmett Till Family for Justice" T-shirt at the Medgar Evers library in Jackson on May 8 to discourage the NPS representatives from considering the Bryant Store and the Tallahatchie Courthouse. She had also gone to the listening session at the Mississippi Civil Rights Museum that morning.

"As a family member of Emmett Till, the sites that you all suggested you know we did not like," Sterling said. "The perpetrators owned the store, and (Carolyn Bryant) lied, and that just shouldn't be a national landmark. The courthouse is out because (Till) never received justice; these men were able to get off and go out and sell the story. So the family is not pleased with these two locations."

Instead, Sterling asked NPS representatives to add the home of Moses Wright, Till's great uncle, where the boy stayed during his brief time in the state and where the white men kidnapped him.

"We never received justice, the State of Mississippi never apologized to the family, so we do not see the courthouse or the grocery story as a national landmark—they should not use it, period," she said.

Sterling does not believe that Till has been honored adequately. She pointed to rising hate in the nation during the same time period when Carolyn Bryant's confession to lying about her interaction with Till in 1955 surfaced in Timothy Tyson's 2017 book "The Blood of Emmett Till." In the book, she tells Tyson that her trial testimony that Till had grabbed her around the waist and uttered obscenities was not true.   Sterling believes true justice would mean bringing Bryant to trial. For now, she said it was good the parks people seemed open to considering other places.

Alferdteen Harrison, a retired Jackson State University professor and chairwoman of Scott Ford Houses Inc., also has concerns about this National Parks study. She leads an effort to restore the two houses that once belonged to a midwife and her daughter in the Farish Street Historic District as timepieces demonstrating African American life between slavery and the Civil Rights Movement. If she secures the funding, she hopes to turn the homes into interpretive museums that highlight how African Americans lived after slavery.

"Is it all about people getting killed or people stepping out ... or is it how did people live from this period from the end of slavery to the Civil Rights Movement?" she asked the NPS parks representatives when they opened the floor up for a question and answer session. "My basic concern is ... what about how African Americans lived in this interim, what we called the stepping stone. How do you get to the Civil Rights Movement?"

To meet the criteria of a feasible National Parks site, an area has to contain nationally significant or cultural resources, represent a cultural resource that is not yet represented in an existing national park, present a need for NPS management, and the parks service has to be able to acquire and maintain the property for a reasonable cost. If a site meets all of the criteria, Congress would decide to enact legislation to establish a new park or the president himself would make that call.

At the meeting in Philadelphia, Miss., about 70 miles to the east of Jackson, Ben West of the NPS told the crowd of about 45 on May 9 that he was not quite sure how Congress chose the sites they listed in the 2017 legislation mandating the study.

"We've gotten a lot of questions and concerns about how those sites were presented to us, and honestly, my answer is that those are the first five that we started with, but we've certainly heard of a lot more over the last several days to understand the ones that perhaps weren't in that list," West said.

He assured the room that those five sites were not chiseled in stone and that they had come to Philadelphia to learn more about the deep history there.

Philadelphia is notorious for what the FBI dubbed the "Mississippi Burning" murders in 1964. As part of the Freedom Summer efforts to help black Mississippians register to vote, Mt. Zion United Methodist Church in the black community of Longdale had been identified as a site for those efforts. One evening in June 1964, the Ku Klux Klan met church members leaving Mt. Zion, beat members and burned the church to the ground.

On June 21, 1964, the three civil rights workers, Chaney, Goodman and Schwerner, went down that woodsy, winding road leading to the church to investigate the burning. On their way back to the COFO offices in Meridian, Neshoba County Deputy Sheriff Cecil Price pulled them over for speeding and took them to what is now the Old Neshoba County Jail—a site Congress listed to be included in the civil rights study.

The three men were released that evening. With a lynch mob in tow, Price followed the men as they rolled down the dark Highway 19 South. Price stopped them, and he and at least a half-dozen other white men shot them on a dirt road off Highway 19 and then transported them to be buried under an earthen dam on the western side of the county. Their bodies were not found for 44 days. Several of the men, including Price, were prosecuted in federal court for violating the three men's civil rights and served several years in prison, but the State of Mississippi would not bring charges then.

Decades later, in 2005, the State of Mississippi tried and convicted mob organizer Edgar Ray Killen of manslaughter for orchestrating the murders.

He died in prison in January.

Jewel McDonald, a member of Mt. Zion who meets tourists who come to the church from all over the world, said most people want to just spend time on the grounds, walk through the cemetery where black civil-rights heroes are buried or pray on what some refer to as holy ground.

McDonald's mother and brother were beaten at the church the night the Klan burned it in 1964.

Jackie (Steele) Spencer was 8 years old and at the church when the Klan came.

Leroy Clemons is an alderman in Philadelphia who also does civil rights tours in Neshoba County and was part of the Philadelphia Coalition that demanded that Killen be brought to justice. He emphasized that you cannot tell the story of the jail without the Mt. Zion church story, which also hinges on Mt. Nebo Missionary Baptist Church in Philadelphia where civil-rights activists used to take shelter and organize. Martin Luther King Jr. led a memorial service there, a monument to Chaney, Goodman and Schwerner is in front of the church.

Obbie Riley, president of the Neshoba County Board of Supervisors and this reporter's stepfather, advocated for the entire story of the entire community to be told. "There were some bad things happened, and there's some good people that's here now," he said "[T]his is a story that is worth telling when it comes down to it."

The special resource study will take place over the next two years, and will accept public comment online and via the mail through June 1.

CORRECTION: A previous version of this story stated that Killen was convicted in 2015, when the correct date is 2005. The story has been updated to reflect that change. We regret the error.