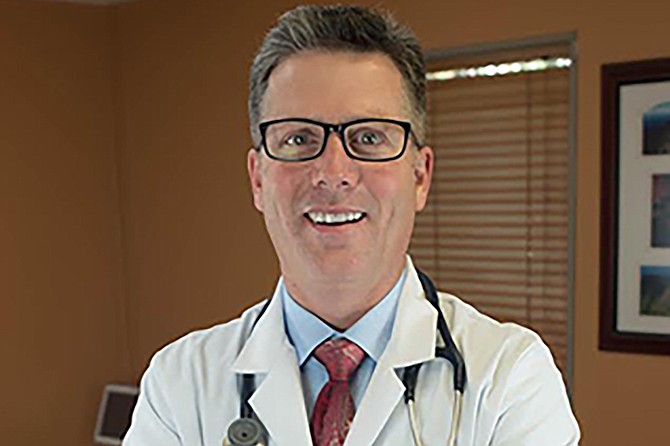 Brent Boyett, chief medical officer at Pathway Healthcare, says locating the Jackson addiction treatment center in the Baptist Medical Center complex will help break down the stigma by offering services in the midst of other health care specialties. Photo by Pathway Healthcare

The center provides medication-assisted treatment combined with behavioral counseling as a way to combat opioid addiction, as well as alcohol and other drug-use disorders.

Gov. Phil Bryant established the state's opioid taskforce, and several stakeholders, including pharmacists and doctors, use prescription monitoring to cut back on overprescribing statewide. President Donald Trump has also declared the opioid epidemic a public health emergency in 2017 and plans to role out a plan to combat the crisis, which could include a proposal to punish opioid dealers with the death penalty, Politico reported.

Pathway Healthcare chief medical officer Brent Boyett said opioid and most substance-abuse disorders need to be treated like chronic illnesses. Rehabilitation or 30-day programs do not work with addiction.

"Addiction is not a curable disease, and relapse is always a threat," he told the Jackson Free Press.

Pathway uses two approaches to combat addiction for patients. It uses FDA-approved medication that counteracts the addiction in the person's brain as well as dilute the impact of the drug if the addict relapses. And Pathway offers professional counseling for patients.

Patients at Pathway are treated on an outpatient basis, meaning they come for appointments at the clinic regularly, instead of the traditional rehabilitative, intensive 30-plus-day model associated with substance-abuse treatment.

Moving Jackson's Pathway Healthcare clinic to the Baptist campus will help break down stigma that many people addicted to alcohol or drugs feel going to programs, Boyett said.

"Traditionally patients with substance-abuse disorders have been banished away from the modern health-care system," he said.

CORRECTION: A previous version of this story said Pathway Healthcare takes Mississippi Medicaid. They do not. We apologize for the error. Email reporter Arielle Dreher at [email protected].