EDITORIAL: City Contracting Is a Mess, Must Be Repaired 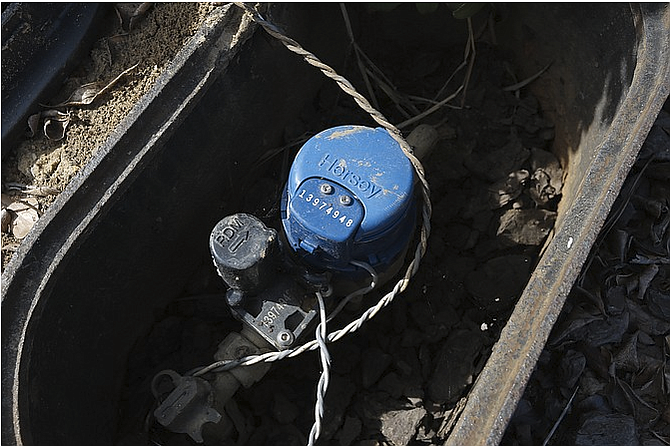 The City must focus immediately on repairing the contracting problem it inherited. It has never been a clean process, whether under white administrations or under the more recent black leaders. Photo by Imani Khayyam.

It didn't take two women who can't get payment for hauling nasty sludge from a wastewater-treatment plant to convince the Jackson Free Press that the City's contracting system is a mess, and ripe for abuse and corruption. In many ways, city contracts are Jackson's third rail; no one really wants to touch it because it is (a) dense and confusing, even to many reporters, (b) shrouded in secrecy, (c) lucrative to many local contractors, white or not, (d) a source of campaign cash for candidates and (e) a perfect place to hide pay-offs and collusion.

All of that is why we are thrilled that city reporter Ko Bragg has jumped headfirst into the sludge, so to speak. Her cover story this issue is only the first of what we anticipate to be many stories about the historic problems of Jackson's city contracting—which are common in other places, too—and what must happen to fix it.

We say "must" because the system right now is unfair and probably broken to the bone. Yes, we agree with the idea of minority contractors getting and keeping lucrative contracts and their payouts in Jackson. We need the money, the jobs and the tax base. But as with other broken systems in the capital city, this can no longer be done in an unfair, haphazard, lackadaisical, maybe even corrupt way.

As Socrates Garrett points out accurately to Ko, more local minority contractors need to learn to build capacity, to buy equipment, learn how to use it right and run viable businesses. That is how to build wealth—not transferring part of a primary contractor's huge haul to a minority pass-through subcontractor without capacity. That does not help the City and is not a responsible use of the taxpayers' money. As you'll see in Ko's cover story, it is often the people at the end of the chain, doing the dirtiest work, who end up screwed the worst.

This has to end.

The City must focus immediately on repairing the contracting problem it inherited. It has never been a clean process, whether under white administrations or under the more recent black leaders. That does not mean that every person who benefitted has been corrupt; it does mean that the system is broken and too few people have tried to fix it.

It cannot be a payoff system for campaign support, nor can contractors who own trucks and tractors be pushed aside for someone who promises to do the work but can't. That helps no one other than, let's be honest, lawyers and, in some cases, primary contractors who might take the money and run.

This is a systemic problem that requires a systemic plan. The City of Jackson must, must, must look at other cities that have repaired their contracting systems for ideas. The public must demand complete transparency on every level (like to view all the contracts in the Veolia chain). We cannot be shut out of a process that determines whether our water, sewers and roads are workable, and we must know exactly what and who our money funds.

We will be watching, City (and you, too, State). Start repairing this mess now.