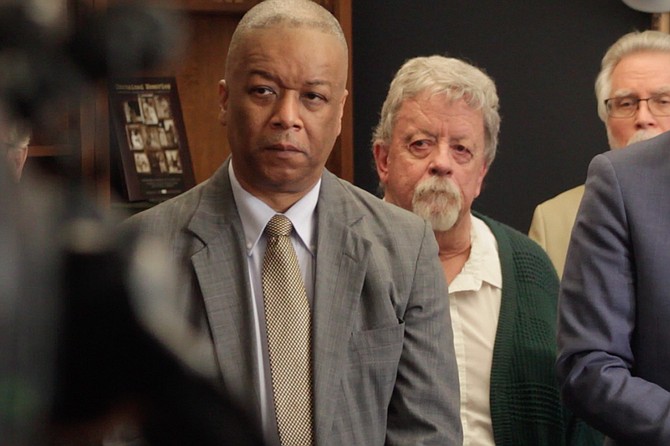 JACKSON — Early Saturday morning, two Jackson police officers shot at 21-year-old Crystaline Barnes during a traffic stop in response to a report that Barnes may have forced another motorist off the roadway, but is so far only providing vague information about the deadly incident as well as whether its use-of-force policy for moving vehicles meets national guidelines.

JPD also did not confirm whether Barnes died of a gunshot or from the collision soon afterward, saying only that she was "fatally wounded." The department has, so far, refused to name the officers who fired into the moving vehicle, who are now on paid leave, but has implied that the deceased young woman may have a criminal history. In 2015, the U.S. Department of Justice advised police departments to release names of officers involved in critical events, including shootings, within 72 hours of the incident.

Jackson Police Department spokesman Roderick Holmes said the officer that made the stop in the 1400 block of Fernwood Drive called an additional unit for assistance. Barnes allegedly pulled away and did a U-turn "to evade the responding unit," Holmes said in a statement Saturday.

"(Barnes) later stops and began driving in reverse toward that officer who had exited the patrol vehicle just prior," the statement reads. "The officer then discharged their weapon into the vehicle before safely jumping out of its path and the suspect's vehicle collided with the patrol vehicle."

While the JPD has not released the names of the officers involved in the shooting or even a definite cause of death, Holmes did sent out a blurry, disheveled photo of Barnes that appears to be a mugshot, hinting at but not confirming that the deceased woman had been in trouble before.

Moore would not say if the officers had been in police-involved situations in the past, saying he did not want to talk about personnel issues. He also said JPD's lethal-force policy depends on the situation and that officers have to gauge the situation to determine whether they need to use deadly force.

The approach of giving officers wide discretion on whether to fire into a moving vehicle is not considered a national best practice for policing, however. The Police Executive Research Forum released a report in March 2016, "Guiding Principles on Use of Force," warning about the high dangers of shooting into moving vehicles. The report discusses the New York Police Department's reversal of the moving-vehicles policy, especially after the death of Sean Bell there, and the effect it has had on police use of force there.

"For example, more than 40 years ago, the New York City Police Department adopted a prohibition on officers shooting at or from a moving vehicle, unless a person in the vehicle is using or threatening deadly force by means other than the vehicle itself. That NYPD policy, adopted in 1972, resulted in an immediate, sharp reduction in uses of lethal force in New York City. Police shooting incidents declined from nearly 1,000 a year in 1972 to 665 the following year, and have fallen steadily ever since, to fewer than 100 per year today," the report stated.

Police officers shooting into moving vehicles has drawn national scrutiny in the United States due to the dangers it poses and not only to the driver. Law-enforcement experts warn that not only the targeted driver be injured or killed, but that an out-of-control vehicle then poses dangers to both the officers as well as bystanders and property. Officers should "move" out of the path of moving vehicles, policing experts advise, if at all possible and then follow specific procedures that should be part of their training.

"If you're successful and shoot the driver, now you have an uncontrolled vehicle," Geoff Alpert, an expert in policing tactics at the University of South Carolina, told VOX. "And it's just as likely his foot is going to go on the gas as it is to not go on the gas."

The national Police Executive Research Forum points to federal case law that requires detailed use-of-force policies for shooting into vehicles, while advising departments to not allow it.

"In Graham v. Connor, the Supreme Court outlines broad principles on how police use of force is to be considered and judged. But the Court leaves it to individual police agencies to determine how best to incorporate those principles into their own policies and training, in order to direct officers on how to perform their duties on a daily basis. Graham v. Connor is the common denominator across the United States, and all police agencies must have use-of-force policies that meet Graham's standards. But many police departments have chosen to go beyond the bare requirements of Graham, by adopting more detailed policies and training on issues such as shooting at moving vehicles, rules on pursuits, guidelines on the use of Electronic Control Weapons ...," the forum's report stated.

The forum complains that many police departments, however, just ignore those federal standards, which The Washington Post reported has led to more than 200 deaths since 2017, including 15-year-old Jordan Edwards in a Dallas suburb. Often, departments get away with loose standards on firing into moving vehicles because the departments investigate themselves, as JPD said it plans to do here.

Still, the new police chief assured Jackson citizens that it will do the right thing in investigating its officers use of force.