House Passes Equal Pay Amendment, But Its Future Is Unclear 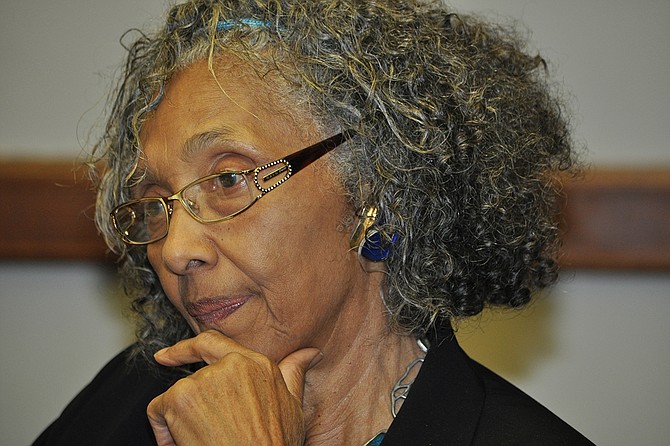 Rep. Alyce Clarke, D-Jackson, offered an amendment to establish equal pay for men and women working for any kind of employer in Mississippi, public or private. The amendment passed by a bi-partisan vote, but the future of the bill its in is in jeopardy. Trip Burns/File Photo

JACKSON — The Mississippi House of Representatives was expecting a leisurely Friday, but when Rep. Mark Baker, R-Brandon, took up House Bill 1241 this morning, things got interesting.

The legislation would strengthen existing law that prohibits local government bodies, including cities and boards, from establishing a minimum wage that applies to all employers in their jurisdiction. The bill would also prohibit local governments from establishing a minimum number of vacation or sick days on all employers in their jurisdiction.

Baker initially brought the legislation up on Wednesday, clarifying what the bill was for. "If you're a municipality that wants to pass your own minimum-wage law, you wouldn't like this bill," he told the House Wednesday.

Rep. David Baria, D-Bay St. Louis, raised a point of order about the legislation, and House Speaker Philip Gunn, R-Clinton, set the bill aside until this morning. Gunn said Baria's point of order was not well taken, and Baker took up the legislation again. A handful of Democrats asked Baker questions about the need for the bill.

"Should a public entity engage itself in the relationship between the private employer and employee? My answer is no, they should not," Baker said in response to questions about the legislation.

Ultimately, Rep. Alyce Clarke, D-Jackson, stood to offer an amendment that would ensure equal pay for men and women employed by any employer in the state.

"No employer may pay an employee a wage at a rate less than the rate at which an employee of the opposite sex in the same establishment is paid for equal work on a job," the amendment says. It goes on to list that seniority, merit and systems that measure earnings are allowed, as long as they do not factor in sex. The amendment also contains language to allow a person to bring a challenge in circuit court if they believe their employer has violated the statute.

Clarke's amendment comes from House Bill 717, which died in committee this year.

"What I'm asking you to do is make this Mississippi law, and what better day to do it on? This is 'Women's Heart Day,'" Clarke said. "... I know you have some woman who has been good to you because all of us got mothers and grandmothers and aunts ... vote for them. This is a woman's amendment, and this is something that all women across this state need."

The amendment passed with strong bi-partisan support, by a vote of 74-40. That vote might alter slightly because Baker was recorded as not voting, but enough Republicans voted with Democrats to pass the amendment.

When the amendment passed, some members clapped, and Clarke outstretched her arms in celebration before taking her seat. The fate of the amendment is in flux, however. Rep. Sonya Williams-Barnes, D-Gulfport, offered a second amendment that she said differed slightly from Clarke's amendment because it allowed local governments to decide whether they want equal pay for women. Baker raised a point of order on Barnes' amendment, however, saying a local government entity cannot discriminate based on the basis of equal pay already.

Speaker Gunn set the bill aside, and if the bill dies over the course of the next week, so will the equal-pay amendment. The House comes back at 1 p.m. this afternoon.