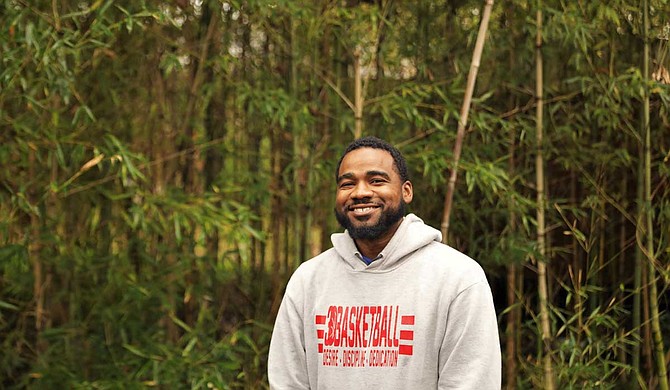 When Karl Robinson, 31 was working as an assistant coaching coach for an Amateur Athletic Union team in 2012, he noticed the pre-game chat would often emphasize desire, discipline and dedication. He decided he wanted to give kids a chance to learn about those principles and about being successful through the sport, so in 2016, he formed his LLC, 3DBasketball.

"Using the 3D principles allows kids to stand out, not just in basketball, but in every aspect of life," Robinson says. "It's bigger than basketball, as kids leave with a better attitude and gratitude on and off the court."

The mission statement of 3DBasketball is to develop outstanding athletes, who then become outstanding citizens in their classrooms, communities and cities. In doing that, he tries to instill the three Ds in each player and tries to help them use them in every aspect of life.

"Desire is what you want to do. For example, basketball, but it could be playing the piano or being a better student," Robinson says. "Discipline yourself to put in the work at those goals, and (have the) dedication to put to in the work everyday to reach those goals. ... It is important to teach kids the fundamentals and basics so kids have the skills and knowledge to compete."

Robinson, an assistant coach for girls junior varsity basketball at Clinton Christian Academy, began playing the sport in his neighborhood before playing organized basketball for the first time in the seventh grade at the south Jackson YMCA. He played in the Jackson City League in eighth and ninth grade and on the travel team from ninth to 11th grade. After playing at Jim Hill High School from 2005 to 2006, Robinson walked on at East Central Community College and played there from 2006 to 2008.

As a freshman, Robinson earned the Most Improved Player Award, and as a sophomore, he received the Academic Player of the Year Award. He graduated in 2008 with an associate's degree in liberal arts with a focus in physical therapy.

In 3DBasketball, Robinson works with second men's coach Ronald Hurston, women's coach Yanesha Hollins, and Lamar Truman (who does agility drills with players) to use a progressive style of training for any player's skill level. They work together to break down the basics and move up to advanced skills, Robinson says. His goal is to one day have his own gym for the program.

Robinson is married to Karen Bates-Robinson. The couple has three children: Karleigh, Karlson and Karter.