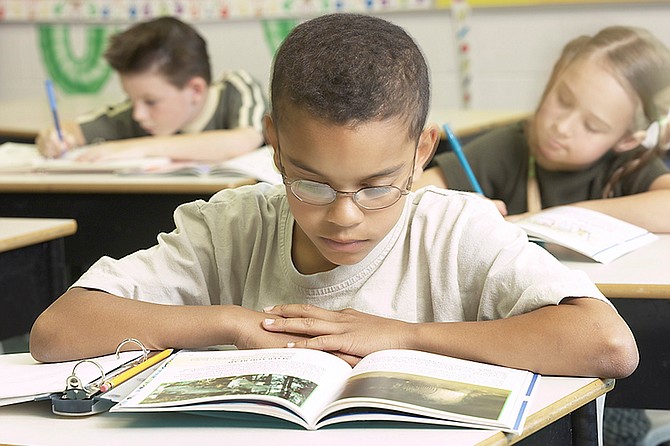 Mississippi students spend less than 1 percent of the school year on state testing, but how long they spend on district-administered tests depends on their local school districts. File Photo

JACKSON — Mississippi students spend less than 1 percent of a school year on state testing, a new Mississippi First study shows. District-administered testing, however, can take up a much greater amount of time, the report shows, although this varies greatly from district to district.

Mississippi First is an education advocacy organization that supports charter schools among other reforms.

State-administered tests are required in every school district, but district-administered exams, often used to monitor progress, are optional, and districts use them for a variety or reasons. The report pushes back on calls this legislative session to end certain statewide exit exams.

"We want to be very clear: we would not recommend eliminating annual state testing even if the federal government did not require it," the report says. "... Instead, Mississippi should improve state testing by making the tests more valuable to teachers for instruction and by carefully weighing whether changes to the testing program will be worth the pain of transition." 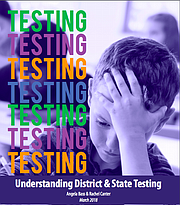 The study included two districts that are high-performing by the state's accountability rankings and two that are not; all four districts remained anonymous in the study.

"Regardless of the reason, the results show that students in the low-performing districts in our sample are losing at least a quarter of the instructional year by design," the report says.

Teachers and parents surveyed for the report expressed frustration at too much testing, but district-wide testing is a local decision left to the school board and district administrators.

"[S]pending 25 percent of the school year on test prep is damaging to students' academic progress. Multiple research studies show deep content learning is more effective than test prep at improving student achievement," the report says. "Ironically, in an effort to propel students forward, districts emphasizing test prep for a quarter may actually be denying students one of the most critical supports for learning—time. We cannot stress enough how deleterious this practice is."

The report lists several suggestions to districts for testing, noting that testing should be used to support instructional decision-making but not take the place of teaching time in the classrooms. Mississippi First researchers encouraged districts to review their current testing policies to ensure they are improving student outcomes—not hindering instructional time.

"For district testing, districts must ensure that the benefits of testing outweigh costs," the report says. "The research reflected in this report shows that districts are wielding their autonomy in inconsistent ways, some of which are not helpful to student progress."