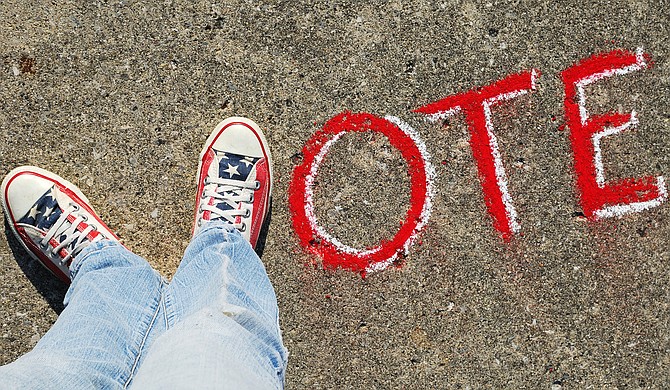 Today, Sept. 12, Hattiesburg residents who live in House District 102 are voting to replace former Rep. Toby Barker, who switched his party status from Republican to Independent and won the mayoral election in Hattiesburg this spring. Photo courtesy Flickr/Theresa Thompson

JACKSON — Hattiesburg residents have their choice of four candidates in the special election for House District 102, which they vote in today, to replace former Rep. Toby Barker's seat in the Mississippi House of Representatives. Barker ran for mayor of Hattiesburg this spring and won, leaving his seat open.

The ballot does not list the candidates in the four-way race by political party because special-election contests have no primary elections, but campaign-finance reports show where influential donors have invested their support.

Cory Ferraez is an attorney at McHard, McHard, Anderson & Associates in Hattiesburg. Sept. 5 finance records from the Secretary of State show that Ferraez has collected mainly donations from individuals, and he has donated more than $16,000 to his own campaign. . He has raised almost $41,000 in campaign contributions.

Missy Warren McGee worked on the committees to elect Barker to House District 102 and to mayor. She also served as a legislative assistant to former Republican Sen. Trent Lott in Washington D.C., her campaign website says. McGee has raised the most money of all candidates in the race, collecting more than $66,000 in campaign contributions. While McGee has several individual donations, she also has support from some of the prominent PACs in the state including the MS Realtors PAC, MS Bankers Association PAC, Truck PAC and the MS Physician's PAC.

Casey A. Mercier, a U.S. Air Force and Mississippi National Guard veteran, worked in higher education and state government for more than 20 years, his campaign website says. He has raised almost $16,000 in campaign contributions, campaign finance records show, from individuals and local businesses in Hattiesburg.

Kathryn Rehner is a social worker and works as a project director at the Mississippi Health Access Collaborative, her campaign website says. Rehner has Democratic support from Washington, D.C., campaign-finance records show. The Democratic Legislative Campaign Committee gave $10,000 to her campaign as a few Mississippi Democratic lawmakers. Rehner raised more than $43,000 in contributions for the election, her Sept. 6 campaign finance report shows.

If no candidate wins a majority of the votes cast in today's election, a runoff will be happen three weeks later between the two candidates who receive the highest number of votes.