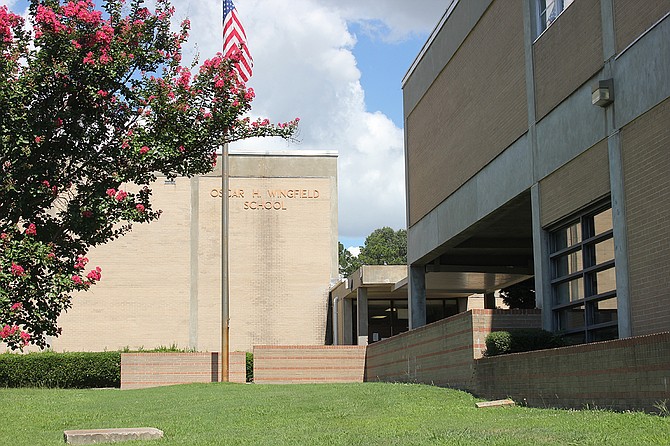 Wingfield High School could get several new renovations including work that helps the school comply with the Americans with Disabilities Act. Photo courtesy Jackson Public Schools

JACKSON — Students at Wingfield High School and Brinkley Middle School will see renovations and improvements to their facilities in the coming months after both the Jackson Public Schools Board of Trustees and the Jackson City Council approved the district to issue a limited loan of no more than $2.5 million.

On Aug. 8, the JPS Board of Trustees approved of the limited tax notes, adding them to the district's budget request that went before City Council this month.

The City Council approved the tax notes approved as a part of the JPS ad valorem millage request for the city's new fiscal year, which began Oct. 1.

The district released a list of improvements that the $2.5-million project plan may include for Wingfield and Brinkley. The funds could go toward repairing drainage and HVAC, replacing carpet in the library as well as adding several projects related to help the school comply with the Americans with Disabilities Act.

The funds could also pay for ADA-compliant repairs at Brinkley as well as replacing doors, repairing sidewalks and paving the entrance and staff parking lot to the middle school, a press release from JPS shows.

JPS may also use the funds to improve the football fields and athletic facilities at Newell and Forest Hill fields. Newell is the home field for Murrah High School.

The full list of potential projects from a press release provided by the district is listed below:

-Replace carpet in the library.

-Add a ramp and handrails in the auditorium.

-Repair the ramp outside of the school building.

-Repair the sidewalk and tennis court.

-Add a sidewalk at the Forest Hill football field.

-Replace the concession stand on the visitor's side at Newell Field.