The Sweet and the Sauer | Jackson Free Press | Jackson, MS

The Sweet and the Sauer 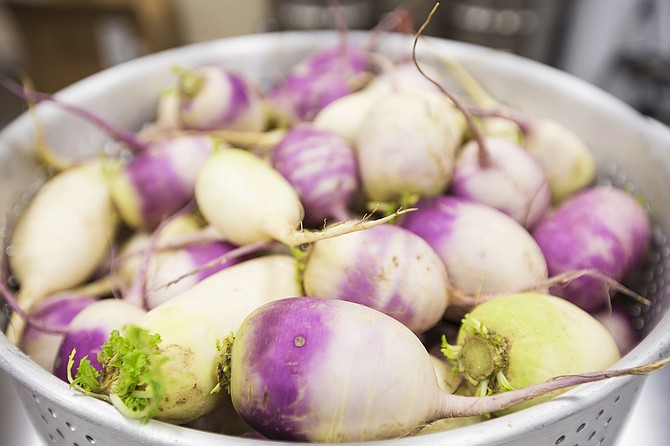 The day before the grand opening of Sweet & Sauer's fermentation kitchen at The Hatch in midtown Jackson, Lauren Rhoades was in her kitchen, preparing ingredients for her fermented mustard. A large container of mustard seeds was soaking in a mixture of brine, fermented garlic, honey, apple-cider vinegar and lemon juice.

"They kind of soak up all that flavor, and tomorrow (April 27), I will blend it," she said. "It's still got like a grainy texture, but it's a little more condiment-style." 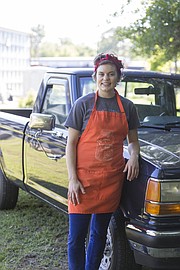 Lauren Rhoades opened a fermentation kitchen for her business, Sweet & Sauer, in midtown on Thursday, April 27. She sells fermented food and beverages.

Buckets of kombucha liquid sat on metal shelves near the back. On each surface was a SCOBY (symbiotic colony of bacteria and yeast), which consists of pre-made kombucha, tea and sugar. She said that you feed the SCOBY tea and sugar, and eventually, it turns the liquid into kombucha, a type of fermented tea. Once that process is done, she flavors the tea with locally grown fruits.

With fermented vegetables such as sauerkraut and the Korean staple kimchi (both are made from cabbage), Rhoades uses a wild fermentation process, which means that she harnesses the bacteria and yeast that already exist on the surface of the vegetables. When she adds salt to the mixture, it preserves the vegetables naturally.

Rhoades, who is from Denver, Colo., came to Mississippi in August 2013 to work for FoodCorps, which aims to connect kids with healthy food in school. She was a service member for two years and then a fellow. During her time with the organization, Rhoades says she helped the children build school gardens, taught them about nutrition and worked with school cafeterias, among other projects.

Rhoades first began experimenting with fermented food and drinks when she attended a class about making kombucha after graduating from the University of Colorado at Boulder in 2011 with bachelor's degrees in political science, English and Spanish. She and her friend Mel then began making the drink, and from there, Rhoades says she began trying out more fermented foods. She started the business with friend Liz Broussard as a side hobby in 2015, and Rhoades began running Sweet & Sauer full-time in September 2016.

Fermentation initially interested Rhoades because it is a simple way to transform vegetables and other foods and drinks into something else. She also liked it because it helped prevent food waste.

She said fermentation isn't as hard as some people may think, though her journey has been filled with trial and error, including her first time making sauerkraut when she added too much salt. "Then, it wouldn't even ferment, so it was basically like salt-cured cabbage," she says.

Working with bacteria doesn't scare her away from fermentation, Rhoades says. "As a culture, we're just so freaked out by the concept of bacteria because we immediately think of disease and being sick, but most of the bacteria that we interact with are good bacteria," she says.

"If we didn't have bacteria present in our digestive systems and on our skin, our immune system would basically not work at all. ... (With) that part of it, I'm like, this is so amazing that there's all these tiny little invisible creatures that are at work."