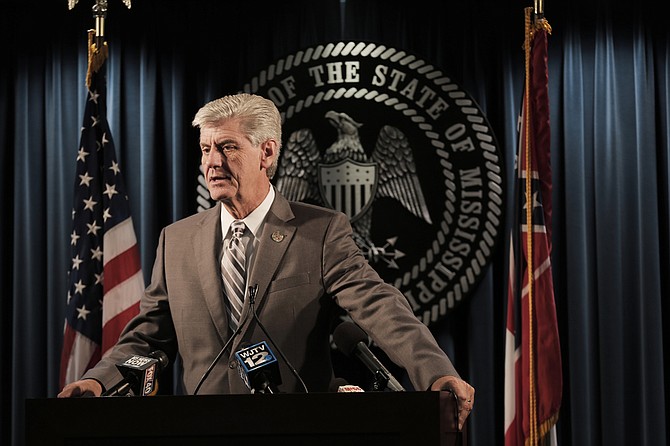 UPDATE: This story has been updated with a response from Attorney General Jim Hood.

Twelve states filed a brief in support of President Donald Trump's executive order titled "Protecting the Nation from Foreign Terrorist Entry into the United States," which is his second attempt to ban immigration and travel from six majority-Muslim countries. Gov. Phil Bryant added his name to the brief, which was filed this week in the Fourth U.S. Circuit Court of Appeals.

Gov. Bryant and the 12 states' attorneys general are asking the court to reverse the injunction by a federal judge in Hawaii that stopped Trump's second ban from going into effect, but is at issue in other courts, including in Maryland.

"The six countries covered by the Order were previously identified by Congress and the Obama Administration, under the visa-waiver program, as among national-security 'countries of concern,'" the brief says. "In fact, before the current presidential administration took office, multiple federal officials—including the FBI Director, the former Assistant Director of the FBI's Counterterrorism Division, and the former Director of National Intelligence—expressed concerns with deficiencies in the country's ability to vet the entry of aliens." 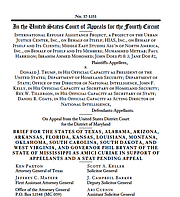 The brief states that the federal court injunction—which prevented the second travel ban from taking effect—is "contrary to law." Attorneys general for the states argue that Trump's executive order does not violate the Immigration and Nationality Act because the president is afforded "broad, discretionary authority" to make those decisions.

After Trump issued his first executive order on travel and immigration from majority-Muslim countries, vigils and protests broke out across the country, including in Mississippi, where immigrants spoke out about family members potentially left overseas if the ban took effect.

The brief also states that enforcing policies like Trump's revised ban falls under the executive branch's role in protecting the nation.

"The exclusion of aliens is also a core federal prerogative: a power 'inherent in sovereignty, necessary for maintaining normal international relations and defending the country against foreign encroachments and dangers—a power to be exercised exclusively by the political branches of government,'" the brief says.

Additional litigation about Trump's revised ban is in court in Virginia as well, the Associated Press reported.

Gov. Bryant is listed in his own capacity on the lawsuit. Attorney General Jim Hood chose not to sign on to the brief opposing President Trump's order.

“There have been a number of amicus briefs opposing or supporting the President’s executive order on travel. When I sign on to an amicus brief for the State of Mississippi, I do so after extensive study of the issues impacting the State, and the content of the brief," he said in a statement to the Jackson Free Press. "As I stated before when questioned about an opposing brief, budget cuts to our office, and the likelihood of upcoming attacks on our consumer enforcement authority under state law and under some federal laws has caused me to prioritize our battles and manage our scarce resources here in Mississippi.”

The governor signed a bill on Monday that bans universities, state agencies or cities from implementing sanctuary city policies statewide.