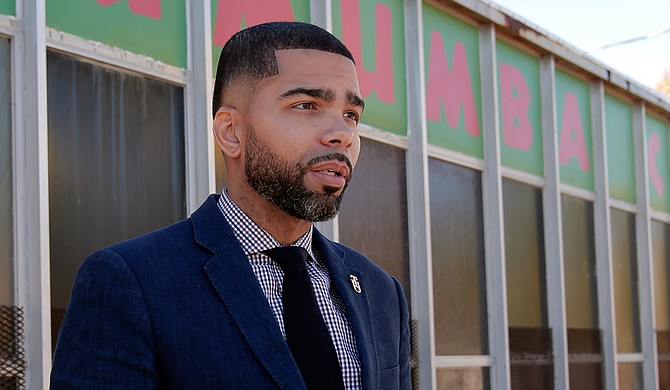 Chokwe Lumumba was one of two mayoral candidates who filed campaign reports by Jan. 31, 2017. Photo by Imani Khayyam.

JACKSON — Sixteen people may be running for mayor, but as of press time, only two of them had met the Jan. 31, 2017, annual reporting deadline—nearly two months later.

Mayor Tony Yarber and challenger Chokwe Lumumba have reports on file with the city clerk—a candidate report from Yarber and a PAC report from Lumumba showing that, as of Jan. 31, Yarber was leading the money race by over $10,000. Virgi Lindsay is the only Jackson City Council candidate who filed.

That means any candidate for city office who raised or spent campaign funds in 2016 is violating election law.

Yarber's report shows that he raised $37,300.43 in 2016, much of it connected to contracting and engineering firms. His largest donation on that report was $2,000 from Marty Broussard of CES Compliance Envirosystems LLC, a sewage and drainage company in Baton Rouge, La. He spent 34,580.67 in 2016; his largest disbursements were to LDTM for consulting and marketing ($9,200). That company's president is Telisha Goree, the sister of Jackson Economic Development Director Jason Goree, who recently left his position; the secretary of state's office says the company provides professional and temporary help services. Yarber's other large expense was $6,000 to The Daniels Group; owner Roosevelt Daniels provides political and public-affairs services. He also spent $1,204.76 at the Hilton Hotel in Norfolk, Va.

A PAC of the Michael Baker International Holdco Corp., an engineering and consulting firm in Pennsylvania, also filed a 2016 report. It had spent little of $63,068.95 raised, with $500 going to Yarber, $250 to Simmons for Senate in Cleveland, Miss., and $1,000 to Fofo Gilich's mayoral campaign in Biloxi.