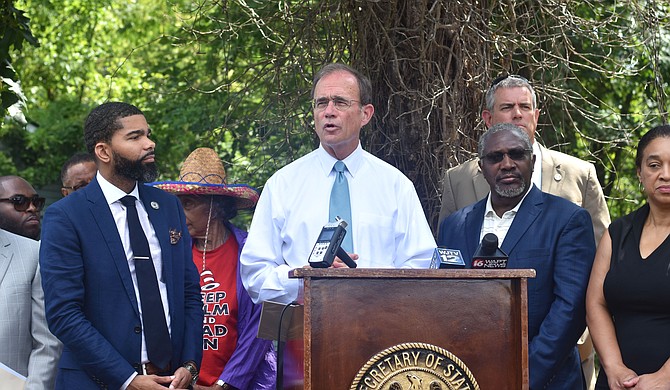 JACKSON — Secretary of State Delbert Hosemann and Jim Johnston, founder of the nonprofit organization Revitalize Mississippi, announced their partnership to eliminate blight in the City of Jackson this morning.

Johnston and Hosemann stood with Mayor Chokwe Antar Lumumba and several city council members at 3120 Sears St. on a lot where a blighted property once stood. Behind them, another dilapidated house, which the State owned before neighbors purchased it, stood waiting to be demolished. 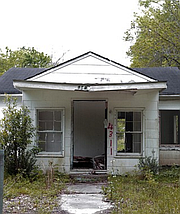 "Blight is a cancer, and it's spreading rapidly in this City," Johnston said during a press conference. "And it requires aggressive therapy, or we're going to lose it."

In their continued efforts to eliminate blight, Revitalize Mississippi and Hosemann are hoping to get these properties back in private ownership and on the tax roll to increase revenue for the City of Jackson and for Hinds County.

"This is a demonstration of operational unity," Lumumba said. "When we can identify our common goals and our common needs and work collaboratively, it looks good. It feels good when we can work together."

The City of Jackson has loudly criticized the State in the past for owning so many of the abandoned properties in Jackson and allowing them to degrade public safety in the capital city's neighborhoods.