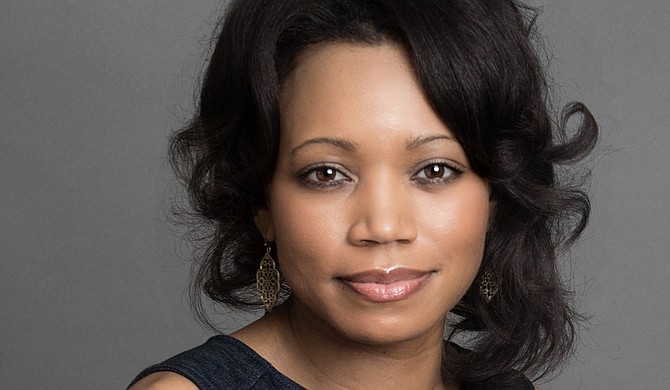 Tiffany Graves, the executive director of the Mississippi Access to Justice Commission, helped launch a website that quickly helps Mississippians see if they are eligible for an expungement. Photo courtesy Tiffany Graves

Laura Brown wanted to work at a local daycare and was shocked when her background check brought up two charges from over a decade ago. Brown, now 31, had a domestic-violence and a false-pretense charge on her record. One was from when she was a teenager, and the other happened when she was 21 and in her first marriage.

She started frantically searching online for how to get charges expunged because she needed a job. Thankfully for Brown, her boss gave her a chance to clear her record and did not dismiss her immediately. Brown found a free clinic through the Mississippi Access to Justice Commission in 2015 and called frantically trying to schedule an appointment. "I kept calling and calling," she said.

Lawyers, who volunteered their time, helped Brown fill out the proper paperwork necessary and walked her through where she needed to go to file that paperwork. A few weeks later, her background check came up clean, enabling Brown to start work at the daycare. Now she's a certified nurse assistant.

"I want to work in childcare, and then my next step is to be a working CNA (certified nursing assistant)," Brown told the Jackson Free Press. "I couldn't do nursing with (the old charges) on my background."

Trying to Work to Eat

Expungement is not an option for everyone. Mississippi law has strict parameters on what kinds of misdemeanors and felonies are eligible for what the law calls "expunction." Mississippians over 21 years old are eligible for one felony expunction if it was a bad-check offense, possession of controlled substances or paraphernalia (except meth), false pretense, larceny, malicious mischief or shoplifting.

If a person was under 21 years old when they committed a felony, as long as it was not a crime of violence or related to distribution of controlled substances, he or she can get any felony expunged.

Felony expungements are only possible five years after a Mississippian has completed all the terms of their sentence, including parole, probation and post-release supervision. First-time offenders are eligible for misdemeanors as long as it was not a traffic violation. Rules for DUI expungements and other traffic offenses vary in state law. Minors in possession of alcohol or tobacco before they turn 21 and 18, respectively, are eligible for expunction.

The process for expunction is not simple, and defendants must file petitions with the court, a challenging feat especially without a lawyer. That's where organizations like the Mississippi Volunteer Lawyers Project and the Mississippi Access to Justice Commission come in.

Earlier this month, about 20 Jacksonians attended one of the MVLP clinics, held at the Eudora Welty Library in downtown Jackson. Gayla Carpenter-Sanders, the executive director of MVLP, reiterated that the clinics are "pro-se" meaning that lawyers are advising people how to represent themselves in court, file the proper forms and where to go in court to file the necessary paperwork. Carpenter-Sanders said the clinics serve people whose household income is at or below 200 percent of the federal poverty guidelines. For a household of three to receive legal services, their annual income must be $40,180 or below, the MVLP website says.

"There are people out there who are trying to work so they can eat... (S)o their (financial) means may not be where they can stretch to pay for an attorney," Carpenter-Sanders told the Jackson Free Press.

Haunted by Criminal Past

Brown said she could not have afforded to pay a lawyer, but without the expungements, she would be out of a job.   Carpenter-Sanders said expungements are an opportunity for Mississippians with a criminal background to find jobs and start their lives over.

"The law allows expungements so that people are not haunted by their criminal past—it's an opportunity to have a fresh start, a new record," Carpenter-Sanders told the Jackson Free Press. "And so a lot of individuals are trying to seek employment, but they have this on their record that prevents them (from getting one). ... (S)ome people, it could be that they made this one mistake 20 or 15 years ago, and if they're allowed to have a clean slate, then the law provides for them to have it."

Several parts of state law discuss expunction, and Mississippians can now use a new online resource called expungemississippi.com to see if they are eligible.

Tiffany Graves, the executive director of the Mississippi Access to Justice Commission, said her organization modeled the website off a similar site in Maryland and developed it in partnership with the Magnolia Bar Association, which was organized in 1955 because black citizens were not allowed to attend public or private law schools in the state previously. The site asks users several questions in order to see whether or not a person is eligible.

"Think about this in terms of someone who served some jail time or paid their fines." If they had one of the six felonies, Graves said, "... someone's life is literally on hold for five years because they can't get it off their record."

Twelve bills to change state law about expungements, from expanding the list of crimes eligible to changing the age-range, all died in committees last session.

Correction: An earlier version of this story said Ms. Brown received help from the Mississippi Volunteer Lawyers Project, but MVLP did not run clinics in 2015, the Mississippi Access to Justice Commission did. MVLP continues to run free legal clinics this year. Email state reporter Arielle Dreher at [email protected] and follow her on Twitter @arielle_amara.