‘Give Me Your Tired, Your Poor’ | Jackson Free Press | Jackson, MS

‘Give Me Your Tired, Your Poor’ 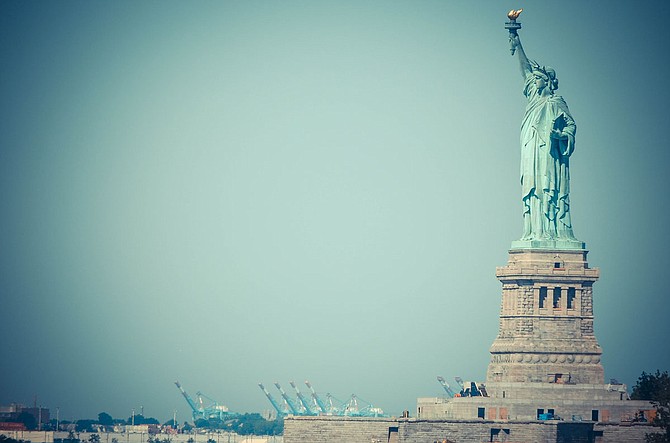 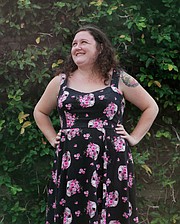 I have a thing for chocolate, but not Hershey's chocolate. I mean, I will eat a Hershey's bar or Snickers, but what I really like is chocolate from other countries, and artisan chocolate. You can thank Toblerone, which is originally from Switzerland, for introducing me to such delights.

I frequent places such as Whole Foods Market and Fresh Market, scoping out the most interesting chocolate. Ninety percent of the time, I won't buy it because (A) I don't need it, and (B) it tends to be expensive. But when I do get my hands on some, I enjoy the hell out of it. I've had everything from chocolate with potato chips or Pop Rocks to chocolate with graham crackers and marshmallows, because who doesn't love s'mores?

Time for a quick history lesson. Legend says that Aztec King Montezuma welcomed Spanish explorer Hernando Cortes with a banquet that included Aztec drinking chocolate. He was the first European to see chocolate being made, though the process wasn't recorded until later.

Back then, chocolate recipes were different than they are today. The Aztec used ingredients such as chili pepper, vanilla and honey. Once the Spanish became aware of it, they modified the recipe, adding sugar from Caribbean plantations. After traders began bringing chocolate to Spain starting in 1570, the delicacy spread to Italy, Austria and then the rest of Europe.

Quakers, who primarily produced chocolate in England, and other colonists brought their chocolate-making knowledge to the New World. Around the 1700s, people began importing cacao beans from the Caribbean. Chocolate as we know it came about in the 1800s.

The delicacy has changed its face over the years, going from an Aztec delicacy to how we know it today, but one thing hasn't changed: If it wasn't for American colonists (immigrants), we wouldn't have chocolate, or at least, it wouldn't be as widely known and enjoyed as it is today.

I've talked about this before, but we are a nation of many immigrants. Unless you're Native American, you can likely trace your roots back somewhere across the seas or down in South and Central America. For many of us, our home in America stems from European, as well as African men and women who were forced into slavery. If it weren't for the many people of many nationalities that migrated to this country, including Asians and other cultures, the U.S. would definitely not be the same.

I mean, look at the Statue of Liberty. She was a gift from France, so even Lady Liberty is technically an immigrant.

In her left hand, she holds a tablet with the date that our forefathers signed the Declaration of Independence and the text of "The New Colossus" from Emma Lazarus:

With conquering limbs astride from land to land;

Here at our sea-washed, sunset gates shall stand

A mighty woman with a torch,   whose flame

Is the imprisoned lightning, and her name

Mother of Exiles. From her beacon-hand

With silent lips. 'Give me your tired,   your poor,

The wretched refuse of your   teeming shore.

Send these, the homeless, tempest-tost   to me,

I lift my lamp beside the golden door!'"

It is a poem about immigrants, and it was one of the first things that people who entered the country through Ellis Island saw upon arrival to the U.S. So when the current president starts talking about building a wall between us and Mexico, he gives Lady Liberty and every ideal this country was built on the finger. When Trump says, "We're bringing jobs back to America," he doesn't realize that he also means bringing jobs back to immigrants. That's who we are, or at least most of us.

We are a tossed salad of different cultures, of different walks of life. And yet, for a country that was built on the backs of immigrants, we haven't always been the kindest to others. The U.S. enslaved Africans; we put Japanese into internment camps during World War II; we denied entry to many Jewish people who were trying to escape the Holocaust, including young Anne Frank's family. In the modern age, we discriminate against many immigrants because they supposedly pose a threat to national security and job security, even though both of those threats are, for the most part, untrue.

People who sided with radical Islamic groups such as ISIS have perpetrated attacks such as the one on Pulse nightclub in Orlando, but the majority of Muslims around the world do not agree with terrorism. And some Mexican immigrants do the hard labor many Americans don't want to do, and for low wages. All of the immigrants, both legal and undocumented—no, all of us—are just trying to survive. We're trying to live the best life possible in the best way we know how. And many pay taxes, too.

Instead of threatening to build walls, shouldn't we be making a bigger table? We live in one of the most populated countries in the world, so there's enough room for more people. And if it wasn't for immigrants, forced or not, we wouldn't have half of what we have today.

We probably wouldn't have rock 'n' roll if it wasn't for African Americans because it originates from blues music, which draws its roots from African music traditions, and the work songs and spirituals that slaves would sing on plantations.

More cultures in America means that we get to experience more in life. We get to try new things and hear new ideas. We get to create an open dialogue that's better and accomplishes more than an "us v. them" attitude. After all, the world can be a dark place, so we shouldn't be bickering over who belongs and who doesn't when there's enough madness in the world as is.

Instead, why not try a little more sweet and a little less bitter? It'll do wonders.