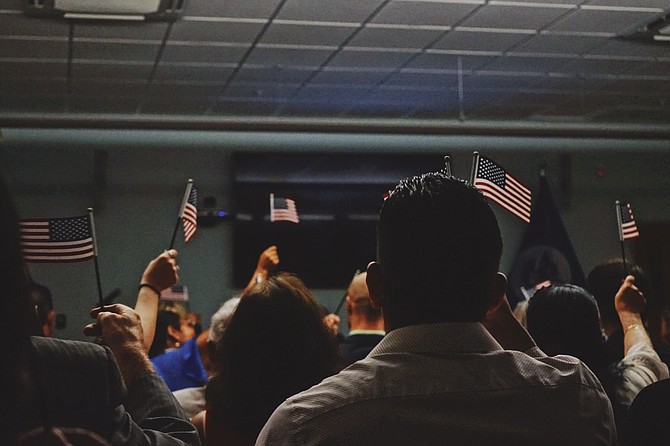 We are at a pivotal moment in American history that will define our state and define us as Mississippians, as well as a country. This is the moment for us all to make the right choice. What will we do? Photo by Elias Castillo on Unsplash

When I heard the news of the ICE raids in my home state of Mississippi, it horrified me, but I can't say I was surprised. I come from Mississippi, where the struggle for unity and racial harmony has always been particularly tough and violent. For years, blacks in the state have struggled to be as equal as whites.

After every other state in the union has done the right thing and removed the Confederate symbol from their flags, Mississippi stands alone, steeped in injustice and fear. I need you to understand that I come from there. I know the history of my home state. This is the state that is the last stronghold of overt racism and hatred towards African Americans.

Mississippi is where Emmett Till, a 14-year-old boy, was kidnapped and murdered—his killers known but allowed to walk free. This is the state where police arrested nine students at Tougaloo College, all on a quest to reach their academic goals in their effort to live the American dream. Their crime? Reading in a "whites only" public library. The entirety of the University of Mississippi erupted in outrage because of the Supreme Court's decision to allow a black man, James Meredith, to attend the school. The riot was so terrible that the National Guard had to mobilize for Meredith's protection.

Now in 2019, this is the state where 680 undocumented workers were arrested in one of the biggest immigration sweeps in America history. These workers were at their jobs trying to make an honest living for their families, and many had just dropped off their kids to school for the first day after summer vacation in Mississippi. I am not surprised that Mississippi is yet again obtaining a horrible record of discrimination. The arrests were a result of the administrative investigation with the state leadership, the Department of Homeland Security and federal officers.

"Through the hard work of these men and women, we are once again becoming a nation of laws," U.S. Attorney for the Southern District of Mississippi Mike Hurst said as he announced the arrests.

Tate Reeves, who is currently the lieutenant governor and candidate for governor of Mississippi, said in a tweet just after the raid: "Glad to see that ICE is working hard to enforce our immigration laws. 680 aliens detained in Mississippi. We must enforce our laws, for the safety of all Americans. Well done and praise the US Attorney and the current administration."

We are at a pivotal moment in American history that will define our state and define us as Mississippians, as well as a country. This is the moment for us all to make the right choice. What will we do? Will we continue to follow the path laid out in our dark history, or will we stand up for what we know is right? Mississippi has made leaps and bounds as our country has wrestled with its conscience and struggled with the horrors of the past. The entire country has a history that is thick with terrible racism and division, but Americans have always strived to correct our country's wrongs.

This is why immigrant families should not be separated and treated less than human. This raid was neither noble nor righteous. It represents nothing but division, hatred, bigotry and intolerance. We can no longer lift up and praise these acts of hate and division in our country. The world is watching us to see if we will hold ourselves to the same standards of equality that we preach to other nations. Let's not perpetuate division by taking stands that continue to divide us. Our elected officials should work to unify us on the things that we have in common, not try to divide us. It is time for lawmakers to act now and create a commonsense immigration reform that will ensure families are protected and there is a pathway to citizenship. We are a country of immigration.

The images of these immigrant families being divided have now allowed the spotlight to be on Mississippi once again in a very dark and unpleasant way. Mississippi, you have an opportunity here to be an example for the entire country. On Nov. 5, 2019, the state has an opportunity to vote their values and elect politicians who will unify the state and not divide it.

I come from Mississippi, and yes, this state has a terrible history of racism and division. But we have such a rich future ahead of us. Let's collectively call on lawmakers on the local, state and federal levels to show the world how great this state can be and pass a commonsense immigration reform bill—immediately.

Duvalier Malone is the author of "Those Who Give A Damn: A Manual for Making a Difference," and a motivational speaker, community activist and chief executive officer of Duvalier Malone Enterprises, a global consulting firm. He lives in Washington, D.C.