Some Parents Left Behind on Child Care 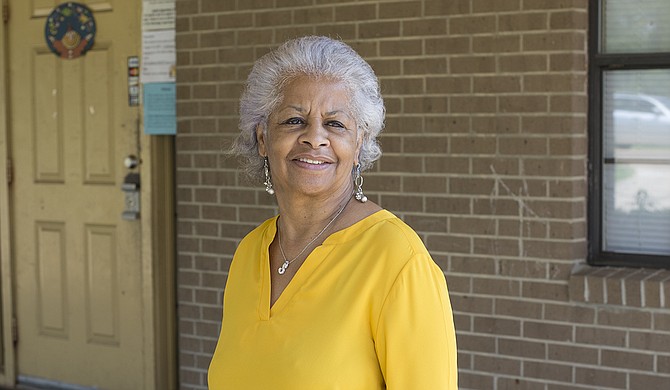 Deloris Suel wants child-care providers to get more advance notice if parents in their centers are potentially eligible to be kicked out of the Child Care Payment Program. Photo by Imani Khayyam.

JACKSON — Deloris Suel knows and works with employed parents who can no longer receive financial support for child care due to clerical reasons like not having the same address on their driver's license as where they currently live.

Suel, who owns Prep Company Tutorial School in Jackson, and other providers are scrambling to help low-income parents who are losing certificates that help them afford child care while they re-apply for the federal assistance program.

The Child Care Payment Program provides low-income parents federal financial support to help pay for child care while they work. Community Development Block Grants provide the funds. Congress changed the program in 2016 to require states to roll out a re-determination process to ensure everyone receiving the vouchers were still eligible.

The Mississippi Department of Human Services is the state agency that carries out the changes to the program in the state. MDHS struggles to reach some of Suel's parental clients within the 60-day window they have to re-apply for the certificate. The agency then contacts Suel to try to reach the parent and eventually calls to inform her when it has kicked a parent out of the program.

The process to re-apply, however, has left some parents behind. For instance, the new program requires applicants to have an email address.

Prep Company Tutorial School is a child-care center for kids ages 0 to 5 years old during the day and 0 to 12 years old after school, with two locations in Jackson. Suel works with some parents at her center who do not have computers or a way to send emails. They will come to the office, and her director will help them email their forms.

At first, Suel and her directors would submit the required paperwork and make phone calls on parents' behalf until MDHS told them they could no longer do that without the parent in the room.

Serving Those in Need

Working parents are eligible for the Child Care Payment Program, as long as they work 25 hours a week. Parents on the Supplemental Nutrition Assistance Program or the Temporary Assistance for Needy Families program get priority, as well as parents and children deemed homeless.

To apply, parents need to submit a long-form birth certificate for each child, Social Security cards, and verification of child support or guardianship if either of those apply.

As of July, MDHS data show that 17,675 children, or 9,328 families, were enrolled in the program. The number of families kicked off the program are not available yet because MDHS is still in the process of redetermining if parents are eligible. Parents can be kicked out of the program for not submitting paperwork by the deadline, not working the required number of hours or being over the income limit for the program.

Where parents really run into trouble applying, however, is when addresses do not match up.

The Mississippi Low Income Child Care Initiative hosted a town-hall meeting in Jackson last week where MDHS workers confirmed that applicants must have the same address on their driver's licenses or state-issued ID as they do on their check stubs. Several child care providers at the town hall expressed concern at this requirement.

That is a challenge for parents at or below the poverty line, Suel said. She pointed to her own childhood, growing up in a family of 10, where she would sometimes move from her mother's to her grandmother's house because of family issues.

"When those issues came up, you had to move until they got straight, and this is still going on. And you have some parents that even if they gave (their address) to you with the right address, next month it was going to be different," Suel said.

Technically, MDHS prioritizes parents who move from place to place if they are homeless, but not everyone reports homelessness. MDHS workers said at the town-hall meeting that they receive referrals for homeless parents and children through nonprofit organizations and charities, such as Catholic Charities.

"Everybody who is homeless don't go to a charity organization," Suel said. "They don't report that they're homeless because there's shame ... but to me if you have to move in with your mama, you're homeless."

Twelve mothers have lost their certificates at Prep Company Tutorial School since the redetermination process started in the spring for parents. Child-care providers at the town-hall meeting expressed concerns that more rejections could be forthcoming. Suel asked MDHS workers if child-care providers could receive the 60-day notice at the same time as parents do, instead of 30 days before a parent's termination like the program currently allows.

"For an infant, we don't even get $100 a week," she said. "You can imagine what that does if we're trying to maintain the level of education that they're asking for; we can't do it. So that's the first hindrance, and we've not gotten an increase since maybe 2007."

More than half of the parents who send their children to Prep Company are on the child-care program, Suel said, and when a parent gets kicked off, he or she either leaves, or stays and tries to make ends meet. Suel has one mother who is paying out of pocket for child care after MDHS rejected her for the certificate again—and she is struggling.

Parents rejected from the re-determination program can appeal the decision, but Suel said few of her parents were aware of that right before she told them.

The re-determination process does not stop with parents, and child-care providers must re-submit paperwork to MDHS too. All workers in the state's child-care centers have to take up-to-date health and safety courses, now available online, and providers must provide evidence that they have licenses to operate in the state and meet the Mississippi Department of Education's early childhood learning standards in their facilities.

Suel focuses on education and literacy for kids of all ages at her center. She purposely chose the same curriculum for her 0 to 5 year olds that Jackson Public Schools uses for kindergarteners, so they are exposed to the assessments before entering kindergarten.

"Because if we get them now, we won't have to worry about that," Suel said.