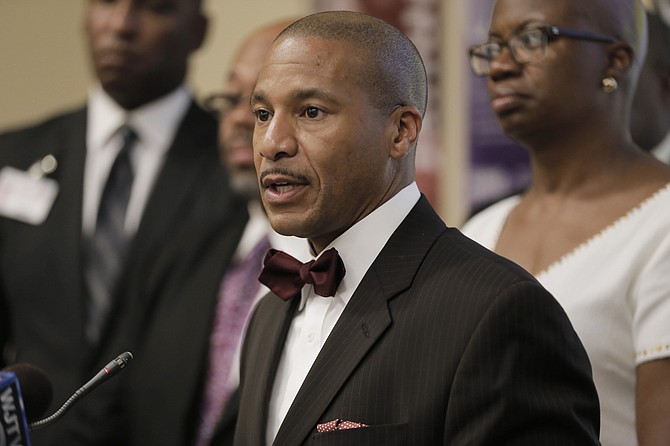 JACKSON — SchoolDigger.com, a popular school-ranking website, has rated Davis Magnet International Baccalaureate Elementary School the best elementary school in the state of Mississippi. Power APAC Elementary School, also in JPS, ranked fourth on the list. SchoolDigger decides school rankings based on the state's MAP scores and other data sources, including the National Center for Education Statistics, the U.S. Department of Education and the Mississippi Department of Education.

Dr. Kathleen Grigsby, principal at Davis, says she and her staff were ecstatic when they heard, but they won't celebrate just yet—school accountability ratings aren't out until October.

"When we heard about it, we were just cheering because we worked really hard to get to being number one. It was truly our goal, and to have met that goal is phenomenal," she said. "We don't want to celebrate too soon, not really knowing where we stand in terms of growth because the SchoolDigger ratings came directly from the proficiency levels. Which is fine, but we also want to make sure we have grown, too, enough where we can maintain our level A status. We do plan to celebrate in a big way, but we want to make sure our accountability ratings come out in our favor as well."

This, in addition to a higher graduate rate and stable test scores in recent Mississippi Department of Education ratings, is a bright spot for the state's only urban school district, which has recently faced a downgrade of its accreditation status to probation. That is due to dreary results on a recent state audit of the district.

JPS's probation status reflected a myriad of unfulfilled MDE-mandated standards regarding, for example, the quality of its school buses and the functionality of its fire extinguishers.

"Perhaps my approach has been a bit too myopic in nature, too narrow," Gray said at a recent Ward 3 meeting. Gray told people gathered that his focus has been primarily on his superintendent's plan, which intends to improve academic achievement and teacher retention.

"I need to focus on the district's operational wellbeing."

Though the district has seen improvement within schools, shrinking the number of failing schools from 17 to eight to two since 2014, the district is rated D as a whole. At the Ward 3 meeting, Gray also spoke optimistically of the district's future in the face of shifting accountability standards, which were discussed during the same meeting when the state called for a full audit of the school district. Some criticize the new accountability method as a way of ensuring fewer "A" schools and more "F" schools in of Mississippi.

"I assure you we have a solid plan to provide good teaching and learning in our classrooms in spite of these changes," Gray said.

Sierra Mannie is an education reporting fellow at the Jackson Free Press and The Hechinger Report. E-mail her: [email protected].