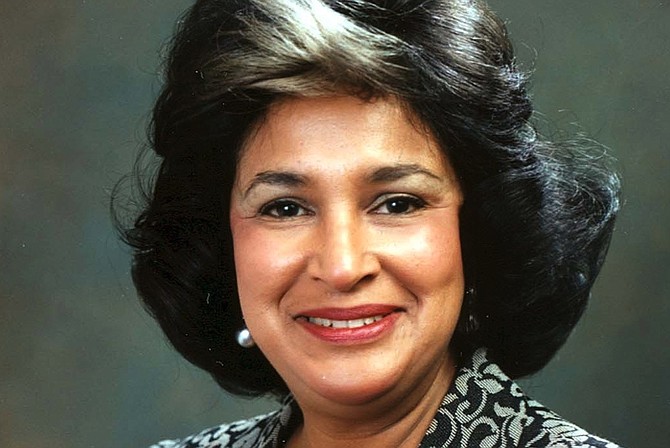 JACKSON — Jackson State University President Carolyn Meyers has submitted her resignation just days after the state's college board put plans for new dorms at the historically black public university on hold in the wake of financial turmoil there.

During its Oct. 20 meeting, the Mississippi Institutions of Higher Learning Board of Trustees, commonly referred to as the college board, denied JSU permission to enter into a contract to build new dormitories on its campus. The meeting focused on JSU's dwindling cash reserves and overall poor fiscal position, with only enough cash on hand to last a week or so. The board agreed to take over the university's finances for a time.

The dorm project was a legislative push from two of Jackson's state senators, John Horhn and David Blount. Horhn said today that JSU's financial difficulties likely influenced the board to avoid getting involved in a large deal at the moment. All the colleges and universities that are a part of Mississippi's public system share the same credit used to issue bonds.

"This may still be an option that is available to the university," he added. "This doesn't mean that they won't move forward in the future."

Horhn said today that he spoke to the college board about both Meyer's resignation and the dorms. "They tabled it," Horhn said of the dorm plan. "... What they did was make clear that getting the university's finances up was their top priority. They are still very interested in pursuing it, but their top priority is getting the cash balance back up."

A vocal supporter of the dormitory project during the legislative session, Horhn said today that the developer JSU chose in August—Mike Harrell's company, Probity—was not included in the text of the bill, SB 2629. He said JSU selected Harrell's company through the competitive bid process and highlighted that the agreement would transfer the debt JSU has accrued over the years to buy the land necessary for the development.

"They have approved the concept of the housing deal as it was presented in the Legislature," Horhn said. "Because of the cash balance being as low as it is, they just didn't feel like the university should get involved in any other large developments, even though Jackson State, under the memorandum of understanding, wouldn't have to put up a dime."

Horhn said the project, including renovations, would restore or add an additional 900 or more beds to the university campus, for a total project cost of about $90 million. He said the contract with the developer gave JSU the right to rent out the facilities for the next 40 years, with the option to renew every five years, in order to pay back public bonds that the developer would issue. This way, JSU would not have to put up the money for the project, a boon in the current fiscal climate for the university, he said.

Horhn said he expected the dormitory plan to come back up in front of the IHL soon.

"The board, I believe, just felt that they needed to go and get things to stabilize," he said. "But I think, in the next few months, we will see a revisit on this concept."

JSU Director of Public Relations Olivia Goodheart said the university expected the IHL to announce an interim replacement for Meyers in the next week but directed all questions about the dorms deal back to the college board, which did not respond to calls by press time.