JPS Board, Supe Under Fire Over Scores 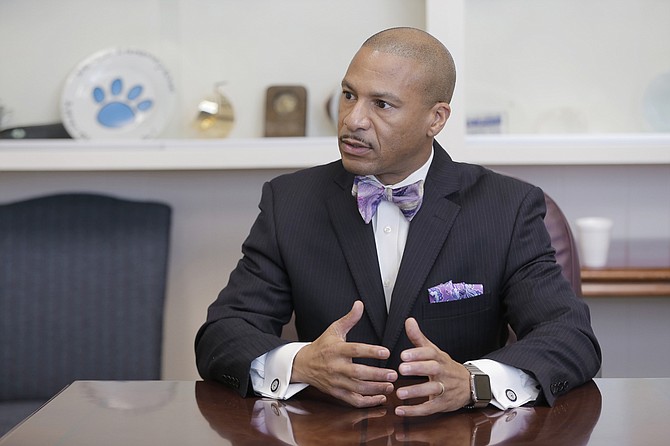 Jackson Public Schools Superintendent Dr. Cedrick Gray has shied away from the media since the release of accountability ratings about the district’s test scores; he won't be available for pre-arranged interviews this week (Oct. 26-28). Photo by Imani Khayyam.

JACKSON — When Cedrick Gray took the reins as superintendent of Jackson Public Schools in 2012, he had three preliminary goals attached to his three-year, $200,000 contract. One was to increase the average ACT score to 20, and the second was to increase the graduation rate in each high school to 80 percent. A third loftier goal in the district, then on probation and academic watch and mired in lawsuits, was to have 95 percent of the schools rated successful ("C") or above by 2015.

But with 21 failing schools, a 67.7-percent graduation rate and an average composite ACT score of 15.6, the numbers now show that JPS has missed the mark.

"Despite the inconsistency of state testing over the past three years, increased rigor of the MAP tests, combined with changed standards for what is considered a passing school and a failing school, we expected to perform much better," school board President Beneta Burt said at a Thursday press conference in response to the district's accountability rankings. 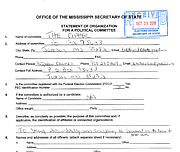 In a November 2015 opinion column in the Jackson Free Press, Gray wrote before the release of scores on the PARCC assessments that drops in performance were common in the face of new tests. Citing a June 2015 School Administrators article, Gray explained that new tests with higher expectations, cut scores and grading scales could negatively affect scores.

"This time of transition in our state can be overwhelming without a precise plan of action. Jackson Public Schools has a plan and wants our community to know how important the progress of all of our scholars is to us," wrote Gray, who has not commented on the new numbers to date. "So we ask you to remain calm as we focus on the plan and build stronger schools together."

With this message, Gray spent the spring semester traveling across JPS and alerting parents to the possible impending changes at district-sponsored community meetings, citing plans such as his Schools of Promise improvement model to increase employee retention at seven of the most vulnerable schools in the district.

Gray was not the only superintendent to express concern over the state's more rigorous standards of academic proficiency; Dr. Gearl Loden leads the B-rated Tupelo Public Schools district, but wrote in the city's Daily Journal in August questioning whether or not the state's new standards for measuring performance were in the best interests of children. Still, JPS is now an F, and parents and other groups are frustrated with the district—and have taken not only to social media, but also to public protests to express disapproval.

Jackson resident and JPS father Napolean Edwards hosts several Facebook live video chats throughout the week via his group, "Team Cipher." The group bills itself as bringing "integrity to public service" through reporting urban and political news and seeks to "empower the people through media and community awareness." Edwards says that Team Cipher "does not do journalism." Edwards has filed a Change.org petition calling for the elimination of Gray from his role as superintendent.

"Dr. Cedric(k) Gray has failed immensely to execute his duties as Superintendent of Jackson Public Schools in good faith and with good result (sic)," the petition reads.

Edwards told the Jackson Free Press that Cipher is a 501(c)4 and a political action committee and has been registered in the state of Mississippi as such since March. The secretary of state's website, however, does not list the organization as either a nonprofit or a PAC. Representatives from the secretary of state's office had no record of their filing paperwork at press time. Representatives from the City of Jackson's clerk's office do not have record of paperwork from them, either.

Edwards says that the group has filed all appropriate paperwork and should be registered by Thursday. The organization requests monetary donations from its listeners via mail and GoFundMe.

Gray has been conspicuously absent from the press this past week. Jackson-based Facebook commenters suggest Gray is lying low due to pressure to resign. Burt has denied all rumors that Gray has handed in his resignation, and cited his focus on the district's Community Action Plan the district is required to submit to MDE to get back in compliance and correct its probation status.

JPS plans to hold its board meeting at 5:30 p.m. at 621 S. State St. on Friday, Oct. 28, to evaluate the superintendent and discuss the administration's plans to improve the district's academic success.

Urban districts are usually victim to a complex web of societal factors that limit their success. The Response to Intervention, or RTI Action Network, a program focused on data-driven approaches to improving student learning, writes: "urban school districts are frequently marked by higher concentrations of poverty."

Like JPS, the 18 other failing districts in Mississippi serve a majority of African American students in schools in some of the state's poorest areas.

UPDATE: Hours after press time yesterday, a representative of the Secretary of State's office sent the Jackson Free Press a document declaring Cipher's statement of organization for their status as a PAC. They received it yesterday.

Sierra Mannie is an education reporting fellow for the JFP and The Hechinger Report. Email her at [email protected].