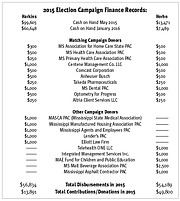 Click to view a side-by-side comparison of Harkins' and Hornhn's campaign finance records.

Sen. Josh Harkins, R-Flowood, and Sen. John Horhn, D-Jackson—airport "takeover" adversaries—both had fairly easy paths back to the Capitol this past election. Harkins ran completely unopposed, and Horhn defeated his Democratic opponent in the primary with 75 percent of the votes. 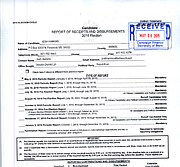 Note that there is no Mississippi law prohibiting politicians from using leftover campaign funds for personal use, such as "cash on hand."