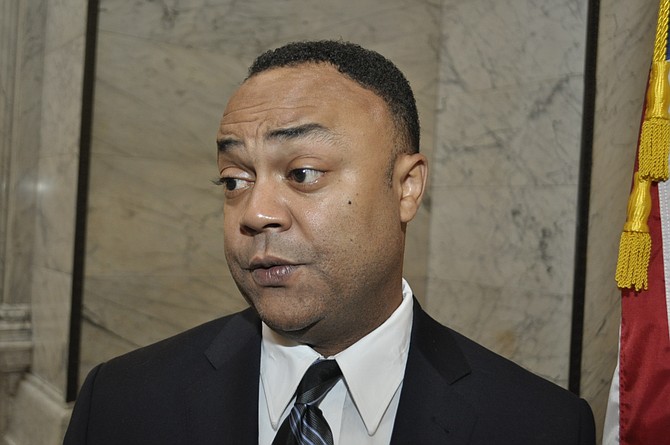 An arrest warrant was served and executed on Hinds County District Attorney Robert Shuler Smith Wednesday morning for six counts of what court documents state was assisting criminal defendants during his term.

At the moment, the Hinds County Courthouse officers at the front desk are not allowing anyone up to the District Attorney’s office, although calls made to the office this morning by the Jackson Free Press indicated that he would make a comment at some point this afternoon.

The six separate counts span from January to May of this year, but all center around actions that a joint investigation by the Mississippi Attorney General’s office and the Federal Bureau of Investigation state constitute a violation of MS Code Section 97-11-3, that dictates that no attorney general or district attorney will “consult, advise, counsel, or defend” anyone charged in a legal setting.

A release from the Attorney General Jim Hood’s office states that the charges are misdemeanors and that “if convicted, Smith could be removed as district attorney and prohibited from holding any other elected office or government position,” in addition to a $500 fine.

“It is particularly sad to have to prosecute and seek removal from office a fellow prosecutor,” Hood stated in the release. “We greatly appreciate the hard work of the FBI on this case, and we hope to resolve this as soon as possible.”

“Those who are sworn to uphold the law are not above the law,” Donal Always, special agent in charge of the FBI in Mississippi stated in the release, “Though today’s charges are only allegations, public corruption poses a fundamental threat to our national security and way of life. It impacts everything from how well our borders are secured and our neighborhoods protected…to verdicts handed down in courts.”