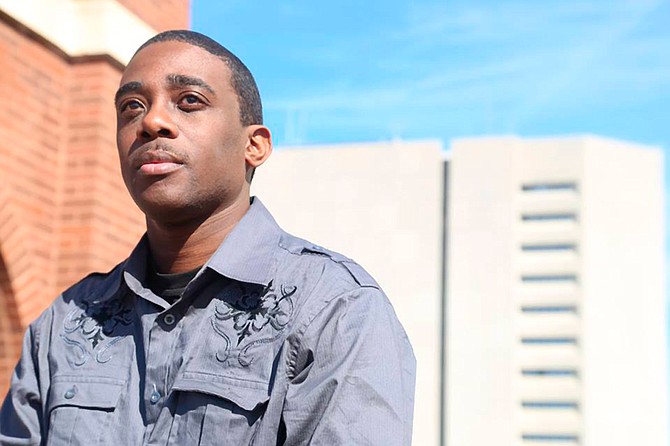 JACKSON — Jason Wells has a history of running for office, and now sets his sights on the Jackson mayoral office as a staunch Republican in a field dominated by Democrats.

Wells, a resident of west Jackson, has run several times for office, including three different attempts at the office of constable. He was even an opponent of the current mayor, Tony Yarber, in the race for city council in 2008. His last attempt at constable in August of last year, also unsuccessful, compelled him to run for mayor.

"The first time I ever ran for office was as a Democrat; there were so many of us in that race that they split the votes," Wells said. "And going through and seeing the changes in Jackson I decided that I wanted to be a Republican because a lot of my views were the same as Republicans."

"I agree to everything that Donald Trump has said. When he talks about running the United States as a business, he is more business-minded," Wells said. "I like that. So I want to run the City as a business, because that is how you are going to bring other businesses back into the city of Jackson."

He likened courting business interests into Jackson to fishing.

Wells said his Republican views are more than just economic. The 33-year-old security guard, not a police officer, with the Jackson Police Department said that "handouts" were not a part of his plan.

"Like I believe in, you shouldn't get a handout unless you work for your handout. Like the younger generation, how they are milking the government, I have strong beliefs up against that," Wells said. "If they are able to work, they need to get out here and work."

He holds strong societal opinions about how to treat welfare as well as other more controversial issues.

Wells said he wants to bring back the Jackson of yesteryear, one he talks about fondly, blaming most of the issues of today on the string of Democratic mayors.

"They say the streets were better here in Jackson about 20 years ago, there were more jobs, and the crime rate was down," Wells said. "As now in the present as all the Democratic mayors been in office, Jackson has been going into a ghost town. Soon we are going to be like Detroit."

"Everything is leaving Jackson," Wells said. "You need a Republican to bring Jackson back to what it needs to be."

Wells has plans as well for specific development projects for the city, including an aquarium, but by far his most radical idea involves moving both the mayor's office and the police department into the Landmark building downtown.

"If we had a place to house them, that would be good," he said of criminal suspects who are now housed by the county. "Public safety is the number-one issue."

And by focusing on crime, he said, he will be able to assuage the fears of both the business owners and the more vulnerable citizens. "Our elderly and our youths don't feel safe right now in the city of Jackson," Wells said.

Wells joins others who have declared their intention to run including Chokwe A. Lumumba, Hinds County Supervisor Robert Graham and incumbent Mayor Tony Yarber.