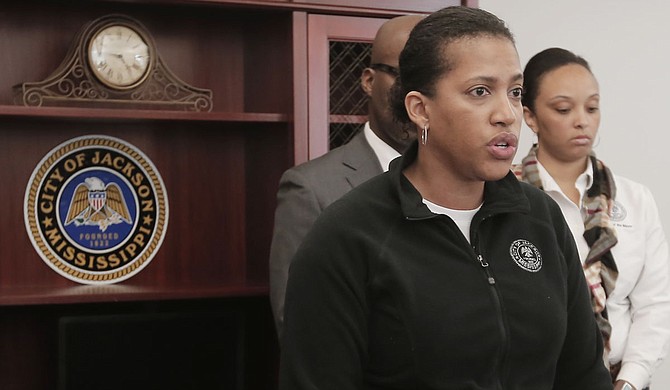 Some 100 additional homes in Jackson will be tested for high levels of lead, city and state health officials said Jan. 29.

Kishia Powell, the City's public-works director, said the Mississippi State Department of Health notified Jackson that 13 homes out of 58 sampled last July—22.4 percent—had higher than actionable levels of lead in their water.

Powell said she immediately dispatched City crews to those homes, which she said were in southwest and north Jackson.

The U.S. EPA requires testing for lead and copper in water systems every three years. Even though the samples were taken in July 2015, MSDH officials did not notify Jackson, citing federal regulations that do not require immediate notification for high lead levels.

"I think it's time to look at that," Dr. Thomas Dobbs, the state's epidemiologist, told reporters at Jackson City Hall.

Powell said there is "every reason to believe" the problem is not system-wide, but related to how water chemistry reacted with the plumbing in individual homes.

"This is not a situation where you have to stop drinking the water," Powell said. "This is not a widespread issue although we are treating it very seriously."

The City is required to notify all water customers about the lead levels, although those residents just found out in late January after the state informed the City of the months-old findings.

Residents can also purchase home lead-testing kits from local hardware stores, but officials cautioned to make sure the packaging states that the kit tests for lead.

Additionally, residents can flush their systems by running water first thing in the morning, when contaminant levels tend to be higher, and should refrain from cooking with hot water.

Concerned residents can also call the state health department at 601-576-7518.