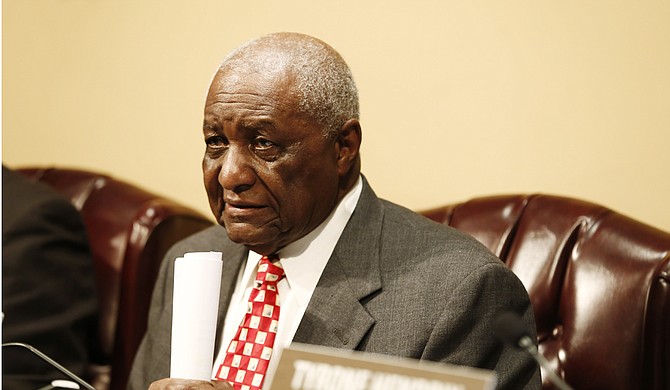 Ward 5 Charles Tillman is concerned about the ability of more potential subcontractors to have a shot at lucrative Jackson contracts. “Some people have said the little man gets cut out, mistreated,” he said. Photo by Imani Khayyam/File Photo 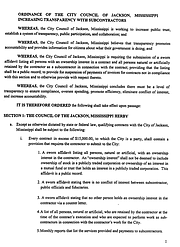 JACKSON — The Jackson City Council wants to ensure that minority subcontractors have the ability to take part in major construction projects in the city, get paid on time and be held accountable for their work.

Still, the ordinance comes in the wake of controversy between the city council and the mayor's office over contracting and calls to make the subcontracting process in the city more transparent, including by this newspaper, especially in the wake of questions surrounding the city's Siemens contract, infrastructure improvements and supposed upgrades to the city’s water-billing system.

The proposed ordinance, which is still in the discussion stages, would require affidavits from anyone seeking a contract in excess of $15,000 to which the City of Jackson is a party. These documents would ensure several qualifications of the relationship between the contractor and the city, as well as the contractors and subcontractors to “ensure compliance, oversee spending, promote efficiency, eliminate conflict of interest and increase accountability.”

The ordinance specifically requires affidavits “listing all persons with an ownership interest in a contract” as well as all persons “retained by the contractor as a subcontractor in connection with the contract.” These affidavits would be public record. Currently, it is difficult to obtain that information, including how much subcontractors are paid and what they agreed to do, because the law does not require it to be available to the public. 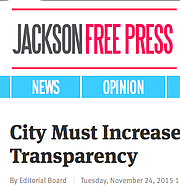 Members of the public asked whether the previously passed Equal Business Opportunity, or EBO, ordinance was still in place.

“It is in the book, but is it enforceable?” Hendrix answered. “No.”

Hendrix explained that the EBO policy is based on what is called a disparity study. he said that the current disparity study is out of date. The ordinance, by requiring monthly reports and affidavits, would give the City the information it needs to enforce equal opportunity.

The council members want more input from the community before they move forward with any ordinance and are planning another meeting to discuss options.

“Some people have said the little man gets cut out, mistreated,” Ward 5 Councilman Charles Tillman said. “Keeping those statements in mind, we want to do the right thing about the subcontractors, the minority contractors and anybody that does business in this city. Now is time to get with the City or the council and work out the best possible ordinance to protect subcontractors. If you refuse to do that, and things don’t go right, don’t burn my ear up now.”

“This is a 15-, 16- year project,” Tillman added. “I would hope that some of you who start out as subcontractors end up as major contractors.”

But right now, the council needs input from the public on how to better regulate contracting in the City. “It is extremely important that we hear from you directly,” Hendrix said, ending the meeting.