Airport 'Takeover' Bill to Be Filed Early This Week 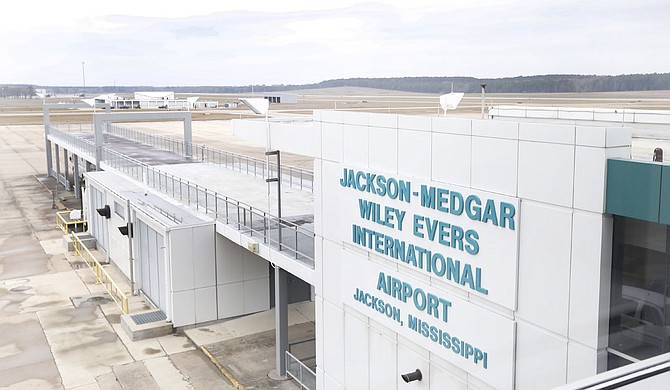 The Jackson Medgar Wiley Evers International Airport sits in the middle of districts that Sen. Josh Harkins, R-Flowood, and Sen. Dean Kirby, R-Pearl, represent. Airport officials are finalizing a strategic plan that calls for the development of airport-owned land for aviation businesses. Photo by Imani Khayyam.

"If the airport improves, the city of Jackson will improve," Harkins told the Jackson Free Press in an interview.

The current commission is made up of five members, all of whom Jackson Mayor Tony Yarber appointed. Harkins' bill will increase that commission to nine members, which would also include members from Madison and Rankin counties. Harkins is still working on the details, but he said it is important for some of these commissioners to have aviation and business experience.

The airport sits in the middle of districts that Harkins and Sen. Dean Kirby, R-Pearl, represent. Harkins said there was not a specific situation that caused him to file the bill. Southwest Airlines left the Jackson airport in 2014, and Harkins said he has not seen the airport reach out to the Legislature for help drawing business back to the city.

Airport officials say they are finalizing a strategic plan that calls for the development of airport-owned land for aviation businesses.

Jackson-based legislators have vocalized their distaste for the proposed bill, as well as some Jackson business leaders, who have called the bill an attempted "takeover." Harkins said the city of Jackson will not suffer financially from the plan.

Sen. John Horhn, D-Jackson, believes that the dispute is not about revenue but about governance and power. Control of the airport's commission could hinge on a ruling from the Federal Aviation Administration, which regulates airports.

"This is about making the airport the best it can be to serve the citizens of this state—they don't just serve the city of Jackson; they serve everybody," Harkins said.