Gov. Bryant Named Chairman of Education Commission of the States 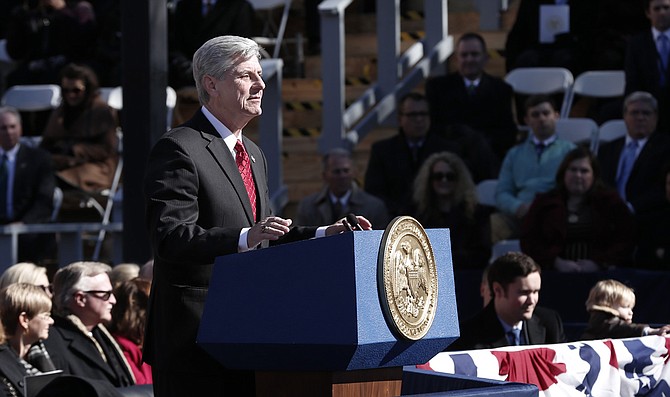 Mississippi Gov. Phil Bryant will serve as Chairperson of the Education Commission of the States starting in 2017. Photo by Imani Khayyam.

Since 1965, state governors have served as chair of the ECS, which attempts a bipartisan approach to education policy research and consulting. This is the first time that the governor of Mississippi has served as chair. ECS says that the political parties of the chair and vice chair alternate every two years. Bryant announced the news on Facebook.

"I'm happy to announce I've been named Chair-Elect of Education Commission of the States," Bryant wrote in a Dec. 5 Facebook post. "This is a credit to the progress that Mississippi has seen in recent years with our education system. ECS helps lead effective education policy across America, and I look forward to working with education leaders across the country beginning July 2017."

The ECS has already sung Mississippi's educational praises this year, awarding the state the Frank Newman Award for State Innovation this past May. Though Phil Bryant cited "school choice" as the impetus behind the state receiving the award, Jeremy Anderson, president of ECS, told the Jackson Free Press that Mississippi received the award due to the state's increasing level of performance on the National Assessment of Education Progress, or NAEP, and its Literacy-Based Promotion Act.

Phil Bryant has served as governor of Mississippi since 2008. The state has seen some education success, such as improved graduation and dropout rates since 2011, and has made strides in third grade reading; however, the state is often nationally ranked as one of the lowest-performing states in education. Recent accountability ratings show that every currently failing school district in the state is one that serves a majority of black students.