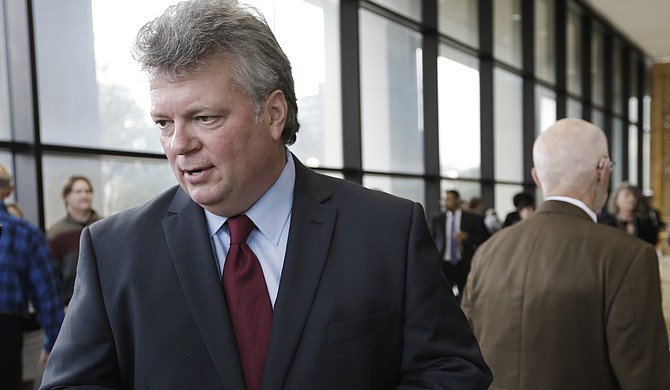 Attorney General Jim Hood is accusing Hinds County District Attorney Robert Shuler Smith, the county’s top prosecutor, of various inappropriate communications with defendants Christopher Butler and Darnell Dixon/Turner, seemingly to try to help them beat their charges, including meeting with each of them himself in their jail cells with no one else present. Photo by Imani Khayyam.

A common denominator in the myriad of charges Attorney General Jim Hood has leveled against Hinds County District Attorney Robert Shuler Smith is his alleged use of "ex parte communications."

Black's Law Dictionary says the Latin roots of "ex parte" mean "from one party." Blacks defines it in today's world as "a legal term that most often refers to instances where a judge makes a legal decision without all parties to the case being present."

It often translates into communication between parties on a different side of a case outside the purview of the judge.

Hood is accusing Smith, the county's top prosecutor, of various inappropriate communications with defendants Christopher Butler and Darnell Dixon/Turner, seemingly to try to help them beat their charges, including meeting with each of them himself in their jail cells with no one else present.

The Mississippi Rules of Professional Conduct, which the Mississippi Bar follows for lawyers, states that "a lawyer shall not seek to influence a judge, juror, prospective juror or other official by means prohibited by law; communicate ex parte with such a person during the proceeding unless authorized to do so by law or court order."

Judges are also prevented by certain communications with attorneys outside of the courtroom as well. Former Mississippi Supreme Court Justice Oliver Diaz Jr. said that there were few, emergency-centered exceptions to the rule barring ex parte between attorneys and a judge.

"There really should be no ex parte communication with a judge that's presiding over a case that you are currently involved with," Diaz said, adding that any communication that involved scheduling or other administrative issues should be done with a member of their staff.

Diaz added that communication between any parties to a case—such as a prosecutor meeting directly with a defendant—is generally not allowed unless for specific emergencies, such as illness.

Read more on the DA cases at jfp.ms/DAFiles. Email city reporter Tim Summers Jr. at [email protected] and follow him on Twitter for breaking news at @tims_alive.