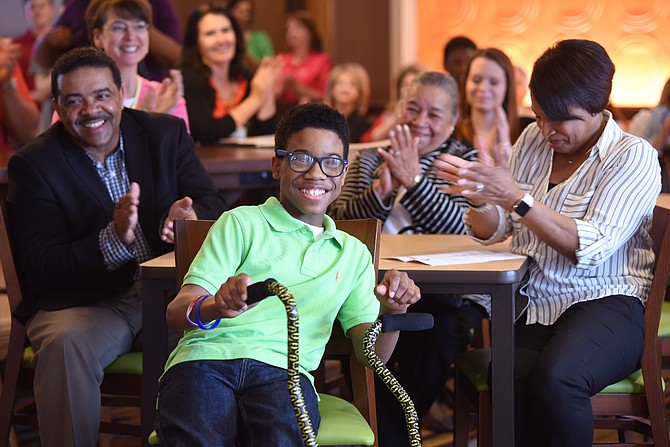 Jordan Morgan smiles as he is announced as the 2016-17 Children's Miracle Network Hospitals Champion for Mississippi on Wednesday in Clinton. Cheering him on are, from left, father Chris Morgan, grandmother Evelyn Morgan and mother Deborah Morgan. Photo Courtesy University of Mississippi Medical Center 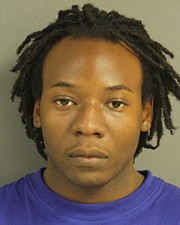 A press statement yesterday from Hood's office announced that Hinds County Circuit Judge William Gowan has sentenced Dennis Pickett, 21, to 20 years in prison, which he must serve day-to-day. Picket pled guilty to killing Destinee Ford, a 15-year-old freshman, outside a Jackson high school on the afternoon of Dec. 5, 2013, after classes had been dismissed for the day.

Ford was shot during a fight between students; Pickett was charged along with two other defendants.

"Our thoughts and prayers remain with the victim's family, and we cannot understate our appreciation to the Jackson Police Department for their persistence and hard work and for making this arrest," Hood said in the statement. "We thank Judge Gowan for the solid sentence bringing this defendant to justice for this senseless murder."

Waters misrepresented himself as a wholesale dealer to an employee at Paul Moak Honda in Jackson on Oct. 8, 2014, getting keys to a Honda Accord to test drive it, but didn't bring it back.

The perpetrator was convicted of three felonies prior to this crime, including false pretense in 2002, shoplifting in 2013 and auto theft in 2014, all in Hinds County, Hood announced. The Jackson Police Department investigated the case, and the AG's office prosecuted it.

Comstat Report for August 15 to August 21

While property crime is declining, Precinct 2—consisting of the west Jackson area—and Precinct 4 (northeast Jackson in and near Fondren) have both seen a rise in violent crime activity in the past week, mostly aggravated assaults and armed robberies.

On Tuesday morning, Aug. 23, JPD responded to a call at Mary C. Jones School in north Jackson where a black Jaguar struck the school's playground fence and came to a stop, a JPD press release states. Rodney Beck, 50, was found dead after the police identified him with a single gunshot wound to his right arm that also punctured his chest.

The press release says the shooting took place at another location where an unidentified witness advised officers that Beck and another unidentified suspect wearing a Cowboys jersey were having a conversation, and the victim fled in his vehicle after being shot.

"From my understanding he wanted to ride in the 18-wheeler and to be sworn in as a police officer," JPD Chief Lee Vance said. "So we came up with a document just for him, and I was able to swear him in as an honorary police officer, and we presented him with a badge."

Vance says Morgan got a chance to talk on the police radio and ordered the officers to arrest anyone who got caught participating in bullying.

"It was a remarkable experience for us. It was the most fun thing I've done in all my years here," Vance said. "Jordan is a very articulate young man, very smart kid, and it was great to be able to spend some time with him."

"Children's Miracle Network has "Champion Children" throughout the United States, so each state has its champion," Annie Oeth, editor of the Division of Public Affairs at the University of Mississippi Medical Center, told the Jackson Free Press.

Oeth says a 'Champion Child' is one who has benefitted from pediatric care in a children's Miracle Network hospital.

Morgan was born with cerebral palsy, also known as CP, which the National Institute of Neurological Disorders and Strokes reports is a "neurological disorder that appears in infancy or early childhood and permanently affects body movement, muscle coordination, and balance. CP affects the part of the brain that controls muscle movements."

"His family was told at one time that he wouldn't walk," Oeth says. "He walks, he runs and roller skates. He plays he piano, enjoys cooking and is a very multifaceted teenager."