Coming into Its Own: ‘Obamacare’ Gets a Shakedown | Jackson Free Press | Jackson, MS

Coming into Its Own: ‘Obamacare’ Gets a Shakedown 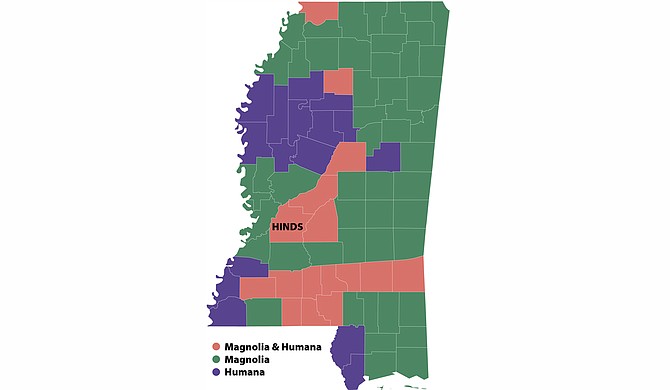 More than 18,000 Mississippians will have to seek coverage from new health-insurance companies due to United Healthcare leaving Mississippi’s federal marketplace. Photo courtesy Mississippi Dept. of Insurance

JACKSON — "Retention, retention, retention!" Keri Abernathy is a program manager at Health Help Mississippi, which is dedicated to helping Mississippians access resources available through the division of Medicaid and the Affordable Care Act. She was telling a group of community stakeholders that the nonprofit's buzzword for the year had to be "retention" in order to ensure that Mississippians enrolled in the federal health insurance marketplace can then re-enroll at the end of 2016.

Mississippians using the federal health marketplace, also known as "Obamacare, "will have fewer options than last year—largely due to United Healthcare's exit from the state's system, which takes effect Jan. 1, 2017.

Magnolia Health and Humana are the two marketplace health-insurance providers available in the state, but depending on what county you live in, you might just have one option. Parts of the Delta and the Gulf Coast, for example, only have Humana. Fifty counties in the state only have Magnolia.

Health-care advocates throughout the state will have their work cut out for them in the upcoming enrollment season because more than 18,000 Mississippians who were enrolled in United Healthcare's plan will have to select another plan in order to stay in the marketplace.

Earlier this month, community stakeholders gathered in Pearl to prepare for the enrollment session and learn about other changes that will affect Mississippians participating in federal healthcare exchange.

Abernathy told the crowd that health-insurance literacy is key to retention. She recalled the first time she dealt with insurance, without any previous knowledge. "I went for my primary visit, (and) when the lady at the checkout at the reception desk asked me for a co-pay, I probably looked at her like she had two heads," she said.

Statewide and nationally, health-insurance education and literacy are a focus for the federal insurance marketplace. Deric Gilliard, a public-affairs specialist with the U.S. Department of Health and Human Services, acknowledged the challenges for health-care workers in Mississippi trying to keep people enrolled. He said his department was focusing on increasing everyone's health-insurance literacy.

"The more we can educate on the front end, the longer they'll stay with us," Gilliard said.

Gilliard said his department was focusing on engaging with young adults and young families to ensure that those demographics are educated on health-insurance laws and potential plans through the federal exchange.

Besides United Healthcare's departure from the state marketplace, a national problem with increasing health-care costs and more inpatient services has led to insurance companies hiking their insurance premiums up. About 13,000 Mississippians with Humana policies will see an average increase of 43 percent in their premiums.

"I am troubled to see such major increases," Insurance Commissioner Mike Chaney said in a press release this month. "I have little authority over health-care rates, particularly those in the federal exchange, but what I could and did do was enter into intense and strident negotiations with Humana to reduce their increase from their initial filing."

"It (premium increases) doesn't impact those who receive subsidies as much because the Affordable Care Act was designed to make insurance affordable—so it shouldn't be that bad for most Mississippians," Mitchell said.

Mitchell said the Affordable Care Act is based on consumer involvement and that consumers will have to be proactive and engaged with their health insurance—which was the point of the plan in the first place.

"Premiums going up is an indication that it is a free market—people can drop in and drop out—this is how a corporate marketplace works," Mitchell told the Jackson Free Press in an interview.

Mississippians enrolled in the federal health-insurance marketplace will receive renewal letters, with notices of changes or cancellations if they're with United Healthcare, this fall.

Re-enrollment in plans will begin in November. Mississippi is one of 19 states with no Medicaid expansion plan due to Republican opposition.