JPD Cuts Budget by $2 Million, But Keeps All Current Officers 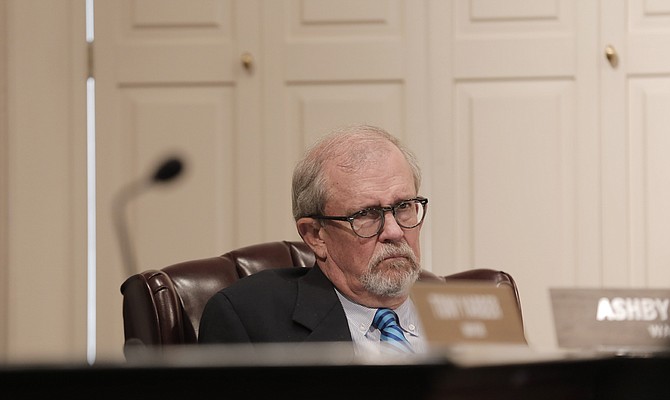 Ward 1 Councilman Ashby Foote said he was against any cuts to the police department and questioned JPD's dependence on variable fund sources like seizure and forfeiture.

JACKSON — The Jackson Police Department is cutting a little over $2 million from its proposed budget, but without eliminating any existing officer positions.

Police Chief Lee Vance presented his proposed budget to the Jackson City Council during its budget hearings Wednesday. "The Jackson Police Department currently operates with 685 employees and will remain at it present staffing level to meet our requested contribution of savings for the upcoming fiscal year," Vance said.

"These savings will be realized by not filling current vacancies and internally managing the security of our impound lot."

Mayor Tony Yarber has stated several times during public talks that he is proud of the police department's crime numbers, even while they stay below recommended staffing levels. Although studies state that the City should have 500 officers, the mayor applauded the progress the department had made with less during his Aug. 2 State of the City speech.

"We took office when the crime rate was increasing, we've seen a 14-and-a-half-percent decrease for major crimes for 2015, and at the pace that this police department is going, we will see at least a 10-percent decrease this upcoming year. These are real numbers," Yarber said.

The department will now provide security for the impound lot, cutting 156,836.56 from the budget, the chief said.

Vance said the department will not purchase any new vehicles for the next year. He said police would use forfeiture and seizure funds to pay for supplies and training for officers.

Ward 1 Councilman Ashby Foote said that he disagreed with cutting JPD's budget, even during budget-crisis times. "I don't think we should cut police at all," Foote said. "It is discouraging to me with the challenge that the police forces across the country face today."

"My thought with civil asset forfeiture is that you never know how much you are going to get," Foote said. "So really this is just a big guess."

Foote said he is worried about the budget's dependence on a variable amount, such as the seizure and forfeiture.

"My point is that we have to cut back on our availability of funds at the city level, like the general fund by X in order to balance the budget," Foote said. "But we shouldn't reduce the amount that we think is going to come in from a baseline from the bad guys."

Yarber said that when the administration created the budget for the police department, it included the amount from the previous year in order to allow the department to make purchases with the money as they see fit, including purchasing Tasers. Foote reiterated that his issue is with cutting the police by a percentage and then using an amount of uncertain money to fill in some of the gap.

"But then again I don't think we should cut police at all," Foote said.

Older budgets provide perspective on these seizure and forfeiture funds. In fiscal-year 2015, JPD received $443,254 from the State of Mississippi, almost double what the department received last year, while the federal contribution was $10,795.