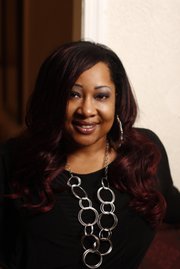 Religious freedom is an oxymoron, particularly in Mississippi. Freedom only applies to those who are deemed worthy to have rights—the white, rich, male conservatives. Freedom, religious or otherwise, has no place in this state, as it stands to date.

Let's be real here: In Mississippi—as far as the masses are concerned—religion equals Christianity. Now as crazy as that is to think, it's the truth. The assumption that everyone in this state is Christian, which most people seem to make, is overwhelming. The amount of events I've gone to that opened in prayers that end "in Jesus' name" is damn near at 100 percent. A huge assumption that everyone of faith is Christian lingers throughout Mississippi. Not only is that absurd, but it is also insulting to those who are spiritually faithful but not followers of Christ. So imagine how those people must feel when the governing body chooses such an assumption when making laws that affect all of us.

"Christians should be ready for change because Jesus was the greatest changer in history." Wow! Imagine that. Ralph Abernathy's words have sang out in the wind and fallen on a bunch of deaf Mississippi ears. Well, not deaf in the sense that these folk are incapable of hearing sounds. But deaf in that these people are unwilling to listen and refuse to hear. And I must say, as a person who already finds a hesitancy with the entire Christianity idealism, it surely doesn't help that legislators are making a real effort to evoke a spirit of separation and discrimination in my home state (again) with religion (Christianity by default) being the justification.

HB 1523, the "religious freedom" law, which is laughable just by reference, is alarming to many LGBT people because it could be justification to discriminate. Now, whether it is to be believed or not, religion historically has been used to control and dominate. It has never been intended to offer anyone any type of freedom. Some Christians will argue the truth of that, but I won't defend it. It doesn't bare defense, only research.

If there was indeed a freedom to believe and worship however you choose, wouldn't this law be unnecessary? Let's be honest here. This is more about control and separation than it could ever be about freedom. This law is a direct reaction to eight years of having a black man, grounded in the idea of what America is "supposed" to be—the land of the free—as president. He has spent eight years fighting for that and now, especially in this state, people have had enough of this whole "freedom and liberty for all thing." Now it's time to get back to what Mississippi has always been, even when done under a mask: racist, discriminatory and full of bigots with the power to openly make laws to enforce their bigotry.

Ever wonder how a nation that voted Obama in office eight years ago can now be entertaining the idea of Donald Trump sitting his ass in the Oval Office? It's because conservatives want someone there who can undo and erase anything they can that lingers of American unity and freedom. It's not that these people were asleep eight years ago; they were wide awake and planning, planning what would happen after Obama left office and how it could be certain that for the next eight years (yep, eight), nothing "people-purposed" would be entertained in national government. Then, it strikes in the states. Now, if there was ever to be a stand for a lack of diversity and separation and discrimination in a state, guess which one you can use as a poster child. Ding, ding, ding! Mississippi.

There is a matter of respect for life, choice and religious differences in this state. Unfortunately, it's not new. It's been that way. Call your law something different than "religious freedom." The only people who dance in the sanctity of freedom here are the ones making the laws that order and encourage discrimination.

Next there will likely be a law beckoning for "racial freedom." Guess what that law will prohibit and encourage.

Funmi "Queen" Franklin is a word lover, poet and advocate for sisterhood. She has a weakness for reality shows.