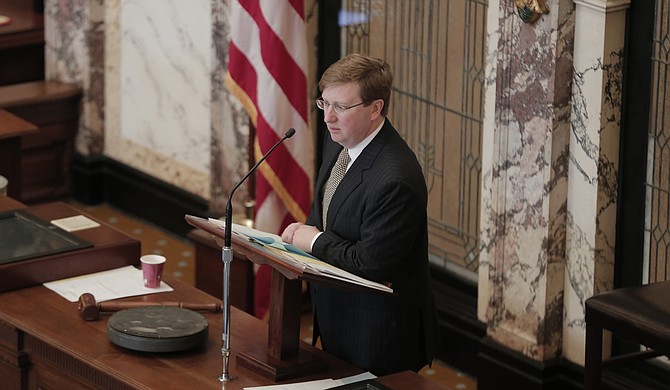 Lt. Gov. Tate Reeves added $1 million to his cash on hand in his campaign finance account in the 2015 cycle. Photo by Imani Khayyam.

While some lawmakers are attempting to take aim at personal-use spending with campaign-finance funds, little is said about who is funding whom when it comes to candidates. Whether powerful state associations or out-of-state corporations back candidates can make a difference in election results, legislation brought forward and political agendas. 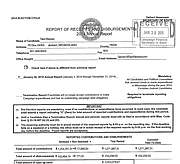 The state's second-in-command leader, Lt. Gov. Tate Reeves, has the most amount of dough in his campaign-finance account compared to Gov. Phil Bryant and House Speaker Philip Gunn—by a long shot. Reeves made $1 million off the 2015 election cycle, campaign-finance records show. The governor has a little over a million dollars in his campaign coffers, while Reeves has $3.4 million, his January 2016 campaign-finance report shows, which he could be stockpiling for future political campaigns. 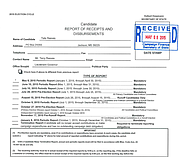 In earlier statements to the Jackson Free Press, Reeves said he does not use campaign funds on personal use expenses as defined by an amendment Sen. Chris McDaniel, R-Ellisville, introduced this session. "I personally ensure my campaign account is not used on personal spending, and I believe it meets every guideline in the amendment Sen. McDaniel offered," Reeves said in a statement. 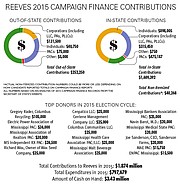 McDaniel's amendment is still alive and a part of House Bill 797 that would revise several parts of the state's election code. It defines "personal use" expenses as expenditures spent on mortgages, automobiles, household items, clothing and other items.

When asked what Reeves will spend his campaign finances on, his director of communications, Laura Hipp, replied in a statement: "The Lieutenant Governor plans to continue to use his campaign account to fund future political activity and any future political campaign. He will also continue to contribute to conservative candidates for public office that share his governing philosophy."