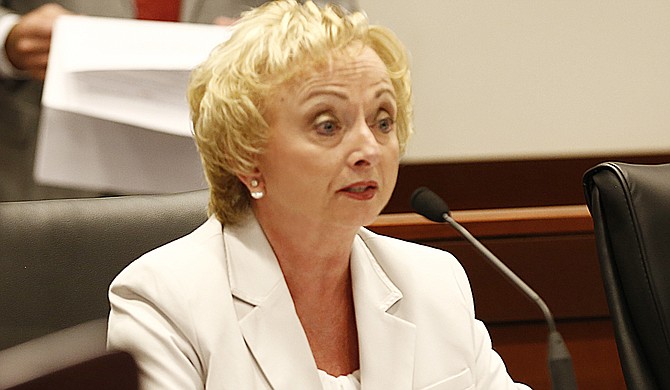 It's about teachers. Academic progress primarily comes from good instruction, and staffing schools, especially in south Jackson, has presented JPS recruiters with problems.

"We have to do a better job of re-branding the schools, so we can create more reasons for teachers (to stay)," Murray said.

At a district level, funding and educational attainment--and attracting the right teachers--are closely linked together. At a Ward 6 town-hall meeting in Jackson Oct. 29, a panel of Jackson Public Schools administrators, education advocates and parents discussed education, primarily focusing on south Jackson schools. In south Jackson, specifically, the district is scrambling to keep up with a growing population that means more students are overcrowding the area's schools.

JPS superintendent Dr. Cedrick Gray has tasked his staff with the mandate to become an "A" district in three years. JPS administrators recognize the need to be competitive not only statewide but also within JPS itself, due to the recent introduction of charter schools into the district.

Chinelo Evans, the middle schools chief academic officer, said JPS is re-branding middle schools to compete--and beat--their competition. "We want to beat them (charter, parochial and private schools) and provide a service that's so great that parents choose us," she told the audience at the town-hall meeting.

Unfortunately, progress can only be made in small steps due to tight budget restraints. Murray said it all goes back to funding and priorities in the district. South Jackson schools are in need of expanded IB and gifted programs, but they also have 50-year-old buildings in need of repairs. All JPS high schools are certified to offer courses that enable students to earn credits at Hinds Community College, but they do not have the funds to fill all high schools (like Wingfield) with the staff to teach those courses. The challenge of selecting priorities in the face of underfunding is routine for JPS schools.

"If the air conditioner is broken in the school, that takes priority over the cracked foundation," Murray said. "It goes back to funding and if we have the opportunity."

Teacher salaries were the primary focus of increased funding outside and inside the Mississippi Adequate Education Program this year, but funding from MAEP is supposed to help with not only teacher salaries but also old buildings, textbooks, classroom offerings and technology--all things neglected when funding from the Legislature comes up short.

School districts are graded on performance, and Mississippi's educational attainment is measured and compared nationally. The National Assessment of Educational Progress, an educational assessment of fourth and eighth graders, had some good news for the state last week--Mississippi was the only state to improve in both fourth-grade reading and math scores.

The National Assessment of Educational Progress tested 9,100 fourth and eighth graders in Mississippi in 2015. Fourth-grade scores improved in reading and math, but eighth-grade scores in Mississippi had no significant change compared to 2013 results. The state's students are still scoring well below national averages on those assessments. So while celebration for progress may be in order, so is an intense focus on the future of education in this state.

At a press conference at Eastside Elementary in Clinton on Oct. 28, Dr. Carey Wright, the state superintendent of education, addressed the challenge.

"We've got some work to do there, and we also know Mississippi is in the bottom tier," she said. "We're not trying to say we're not, but we are headed in the right direction."

In overall proficiency, Mississippi sits in the third tier of NAEP's rankings--below "basic" and "proficient" standards and below the national averages.

The NAEP assessment also evaluates student population demographics. In Mississippi, white eighth graders outscored their black counterparts by 27 points, a slight improvement in the score gap from 30 points in 2013.

The gap between black and white students is smaller for the state's fourth graders--white students outscored black students by 25 points in reading tests.

Nationally, mathematics scores have declined since 2013. In reading, fourth-grade scores were not changed and eighth-grades scores declined.

Wright told the Jackson Free Press that expanding AP classes and initiatives such as Rethink Literacy, a program that focuses on teaching literacy across all subject areas, were some of the ways she planned on combatting the stagnant eighth-grade results. Wright said the department will use the data to see if and when interventions are needed.

Dr. John Kelly, chairman of the Mississippi Board of Education, said Mississippi is in a new era of education, at the Oct. 28 press conference.

Mississippi's results on the NAEP assessment imply that the Mississippi College and Career Ready standards, which were phased into schools in the 2011-2012 school year, are working.

However, long-term improvement and progress will take time, Kelly said.

"Public education is in a marathon in the state of Mississippi. It's not a sprint," Kelly said. "Marathons are not won overnight. They take time, but we will get there."