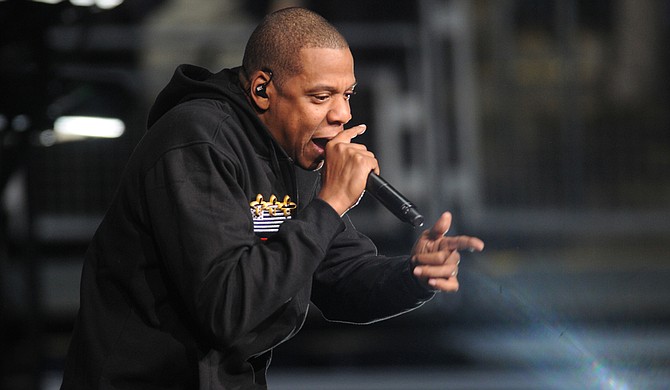 Rapper Jay Z re-launched Tidal in response to the lower pay of music-streaming services such as Spotify. Photo courtesy Flickr/Adam_Glanzman

When it comes to music-streaming services, I'm usually late to the party, and not fashionably so. It's probably forgivable that I didn't hop onboard Spotify when it launched in Sweden in October 2008. I'm not from Sweden, nor do I know what the very English-sounding word "Spotify" means. But I didn't download it until 2012 and didn't put my own band's music on the service until last June.

For those who don't know much about Spotify beyond "that wavy, green icon that makes me feel self-conscious about people seeing what I listen to," I'll break it down. Today, the service reports more than 60 million monthly users with 15 million subscribers to its premium membership, which is $9.99 per month. That equates to about $1.8 billion annually from subscriptions. If you've used the free version, you know that you'll only make it through four songs before it hits you with an advertisement.

Where Spotify draws ire from musicians is in the company it keeps. Major record labels such as Sony Music Entertainment, Universal Music Group and Warner Music Group own massive shares of Spotify. Corporate ownership is a scary concept to artists. What's even scarier is the idea that they aren't making as much money as they could.

Spotify's per-stream average payout to the music rights-holders is between $.006 and $.0084, depending on factors such as the country a listener streams from and the number of paid users versus total users listening. Spotify prefers broad strokes, reminding people that 70 percent of its total revenue goes to rights holders. But remember, that's distributed between the label, the distributor, the performer and the songwriters.

Backlash started with Taylor Swift. One week after the release of her album "1989" last November, Swift removed her music catalog from Spotify, citing the company's lack of value and respect for art. The bottom line in the controversy is that artists are tired of making less than they feel they deserve.

More than a dozen famous investors, including Madonna, Kanye West, Rihanna, Alicia Keys, Jack White, Daft Punk and Jay Z's wife, Beyonce, appeared at the conference, where "Hova" himself said that Tidal exists to tip the streaming pay structure in favor of artists. He promised exclusives, near-lossless audio quality and a change in the status quo. It makes sense that he didn't emphasize the service's monthly subscription fees: $9.99 for "Premium" and $19.99 for "HiFi."

Exclusives have been underwhelming thus far. Tidal subscribers can access behind-the-scenes footage from Alicia Keys, Daft Punk's 2006 movie, "Electroma," Beyonce's new song, "Die with You," and Rihanna's "B*tch Better Have My Money." Artist-curated playlists make up the remaining content. Of course, Tidal does have Swift's music catalog, but "1989" is conspicuously absent.

For an "artist-owned" streaming service, Tidal has received plenty of negative reactions from artists. In interviews with pop-culture website The Daily Beast, both Marcus Mumford of Mumford & Sons and Ben Gibbard of Death Cab for Cutie rebuked Tidal for propping up millionaire music makers and squandering an opportunity to highlight lesser-known artists who struggle against label-dominated streaming.

As for the appeal of high-fidelity music, most music fans won't notice a difference. Tidal offers listeners a test to see if they can determine which audio, option A or option B, is compressed. After two attempts, I could only discern to which category three of the five tracks belonged. A message popped up. "Are you sure you have connected your audio system correctly?" I didn't know for certain, but if I had to switch between options and listen intently for 12 seconds just to make an educated guess, then the difference in quality won't make music more enjoyable.