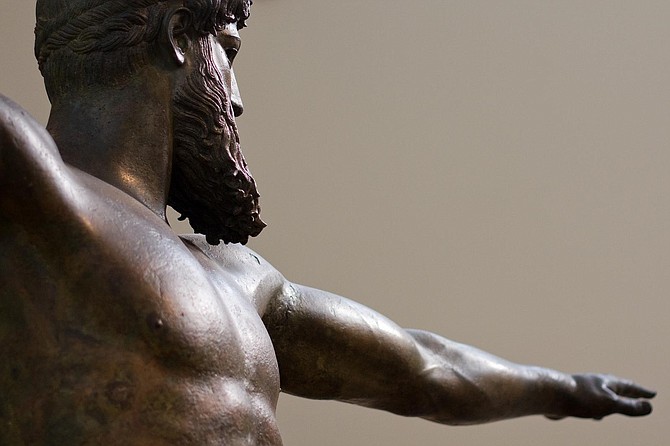 In ancient Greece, athletes who cheated in the Olympics had to pay heavy fines that went toward erecting bronze statues of Zeus meant to publicly shame the cheaters, among other consequences. Photo courtesy Flickr/Jeantil

At times, it seems like cheating and sports go together like peanut butter and jelly. The sports world has had more than a few examples of this lately.

After the AFC Championship against the Indianapolis Colts, the New England Patriots faced allegations of deflating balls. This is not the first time the Patriots were caught cheating, including a 2007 case in which they videotaped New York Jets defensive coaches from the Jets' sidelines.

The University of North Carolina has been involved in an academic scandal since 2003. The newest part to this dumpster fire is that the school admitted players who shouldn't have gotten in to graduate school to extend their eligibility. The players included one who hadn't taken the GRE, had a low GPA and entered the program in the middle of the semester.

UNC came under fire when the NCAA found out that players were enrolled in no-show, one-assignment classes, mainly African American studies, to keep their team eligibility.

The modern Olympics, of course, has had several instances of cheating. Few games end without someone being stripped of his or her medal for breaking the rules. One of the main causes is the use of performance-enhancing drugs that plague nearly every sport.

Just how old is cheating in sports? It can be traced all the way back to the ancient Olympic games. Before the games, athletes pledged in front of a statue of Zeus to compete fairly.

Like today, some of those athletes were not so honorable. Cheaters could be disqualified, beaten publicly and fined heavily. The fines went toward erecting bronze statues of Zeus, which publicly shamed cheaters with inscriptions that read, "Victory is to be achieved by speed of foot and strength of body, not with cash." Over the years, the fines funded 16 statues.

Even the ancient Greeks were as flawed as the heroes in their stories. The quest for athletic greatness has led to cheating since sports began.