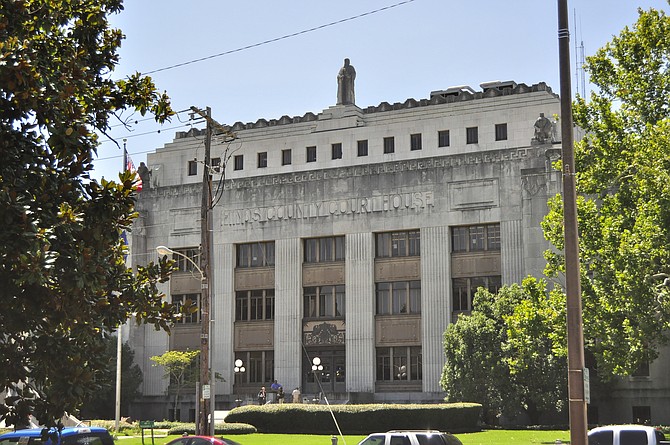 The filing deadline for state and county offices has passed, and we have our first glimpse of the battle lines for the Aug. 4 party primaries and the November general election.

Most of the interesting action will be on the down-ticket statewide races and locally in Hinds County, where shifts have occurred right up until the very end.

Notably, Dr. Valerie Short was one of the last Democrats to file for the governor's race. A United States Air Force veteran, Short said through a statement that Mississippians "have been failed by our political leaders in Jackson, who only care about scoring political points against the White House and not about helping the hardworking families who are struggling daily to make ends meet in Mississippi."

"We need new leaders from outside the current political establishment who have a clearer vision for improving our schools and creating a healthier economy here," added Short, who lives in Ridgeland.

Another eyebrow raiser came when Republican Hinds County District 4 Supervisor Tony Greer withdrew his election bid for the Board of Supervisors and threw his hat into the ring for the Public Service Commission from Central District. He joins a crowded GOP field that includes attorney Mitch Tyner and environmental engineer Brent Bailey.

With incumbent Lynn Posey's departure, many observers of state politics believed that state Rep. Cecil Brown, D-Jackson, would be the favorite for the PSC position.

Another surprise came when longtime Hinds County Circuit Clerk Barbara Dunn did not file for reelection. Dunn has repeatedly come under fire during her tenure as overseer of county court records. Zack Wallace, a top Dunn deputy, has announced that he would run, as has Vikki Mumford—who has sought the seat before—and Cedric Morgan.

Legislative races in the Democratic stronghold have also shaped up to be interesting. State Rep. Mary Coleman is running for Transportation Commission from the Central District. Her daughter, Arqullas Coleman, will seek the state Rep. seat her mother is vacating. Arqullas Coleman faces challenges from technology consultant James Covington and Jackson businessman Chris Bell.

Not surprisingly, state Rep. Deborah Dixon, D-Raymond, who has alienated some members of her party by allying herself with House Republicans, including Speaker Philip Gunn, drew a primary challenge.

Machelle Shelby Kyles of Bolton, an ally of powerful Democratic Congressman Bennie Thompson, is also running for a legislative seat.

"Our communities are already struggling, and when you add the total disregard by the state Legislature to adequately fund education, ensure job creation and economic development, and their unwillingness to expand Medicaid, I say they have failed us," Kyles said in the press release.

Republican state Rep. Bill Denny drew no Democratic opponent in his northeast Jackson district. After redistricting, Rep. Cecil Brown would have been forced to run against Denny, who helped oversee the redistricting process, this year.

Here's a complete list of legislative, state and local candidates, compiled from party records and media reports. An asterisk denotes an incumbent.

Hinds County Board of Supervisors

Here are the major-party and independent candidates running for statewide offices in Mississippi this year, according to the state Democratic and Republican parties and the secretary of state's office.