What to do When Debt Takes Over | Jackson Free Press | Jackson, MS

What to do When Debt Takes Over 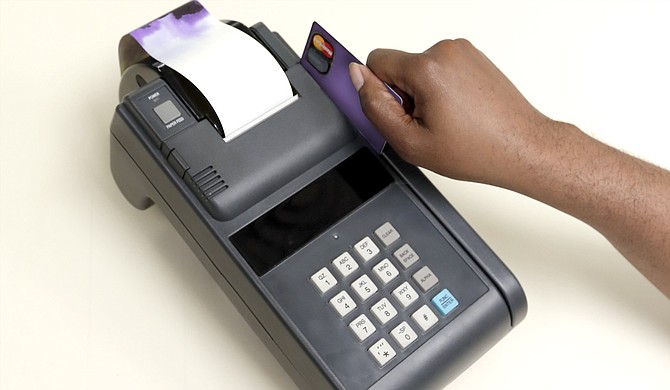 The "Pell Grant gap" has forced many students who were unlikely to be able to afford college in the first place to take out additional onerous loans just to complete their degrees.

The national narrative says that getting more education after graduating from high school always pays off. Studies support this rule, too. A group of researchers at Georgetown University's Center on Education and the Workforce found that more education at any level pays off in a 2011 study—that being said, disparities in lifetime earnings for women, African Americans, Latinos and any other race besides white persist.

A 2014 Pew Research analysis called millennials the "most educated generation in history" and found that earnings for college graduates with bachelor's and advanced degrees have increased by 13 percent since 1984. Of course, these numbers only reflect graduates who found work.

Higher education is often seen as the pathway to equity or a way out of cycles of poverty. In order for students from low-income backgrounds to attend universities of high caliber without paying high tuition rates, the federal government established the Pell Grant Program in 1965.

The grants are federal financial aid that students who come from certain levels of low-income families can qualify for—and receive with no caveats.

The idea of the Pell Grant Program was to help low-income students stay out of debt by covering most if not all of their tuition with grants—as opposed to loans—so they could graduate virtually debt free.

Fifty years later, the idealistic Pell Grant system has dissipated with rising tuition costs and higher-ed institutions hiking prices on virtually everything. A recent ProPublica study analyzed federal student financial aid and loan data from 2013 (the most complete and available data set) and compared students who receive Pell grants to their peers on the same campuses who didn't get Pell grants. The results revealed the "Pell Grant gap" that has forced many students who were unlikely to be able to afford college in the first place to take out additional onerous loans just to complete their degrees. In the 2015-2016 school year, the maximum Pell grant award is capped at $5,775.

ProPublica data on local Jackson institutions show that Pell grantees on the whole have less federal debt than their peers, but they have higher non-repayment rates of their federal loans even three years after graduation. The number of undergraduates with Pell grants is much higher at the local HBCUs—Jackson State University and Tougaloo College—than at the University of Mississippi Medical Center, Mississippi College or Millsaps College. Eighty-five percent of Tougaloo undergraduates received Pell grants in 2013, compared to 22 percent of Millsaps undergraduates.

Pell grantees are probably taking out more loans than in previous years because college tuition is rising, Corey Wiggins, director at the Hope Policy Institute, said.

"We're at a place where we're seeing tuitions for colleges rising, and part of the necessity of it rising is because of issues around funding for our public universities," Wiggins told the Jackson Free Press.

Some tuition hikes may be necessary as schools try to ensure their budgets provide a high-quality education, despite the limited funding they receive from the state and federal government. But making college more affordable should be a priority, Wiggins said, because higher education leads to better, higher-paying jobs. And those jobs ideally help college graduates become home owners, taxpayers and contributors to the economy.

Two-year colleges and HBCUs in the Jackson area have much higher percentages of Pell grantees than other universities. Wiggins said students at community colleges may come from lower-income backgrounds and opt for a more affordable education that doesn't take four or more years.

In the state and nationally, African Americans are more likely to have lower incomes and go to college to improve their economic position, Wiggins said.

HBCUs, he said, are more likely to have lower-income students who, according to several studies, still have median earnings lower than the average college graduate once they're in the workforce.

African American students with bachelor's degrees earn 20 percent less than whites, according to a Georgetown University study on education, occupation and lifetime earnings. Mississippi ranked last on the Corporation for Education Development's 2015 Scorecard of poverty, credit, low-wage jobs and educated citizens. While Mississippi's average college graduate debt is $27,571—below the national average—the state's student-loan default rate is ranked 45th at 16.3 percent. The scorecard gave Mississippi an "F" grade in the "businesses/jobs" and "education" categories—two areas that are directly connected.

Wiggins said that it is important to ask: "Are there enough well-paying jobs available for those students to enter into (so that they are) able to adequately pay off their student-loan debt at the same time as being able to be self-sufficient professionals?"

The data suggest Mississippi could improve in this area: The Assets and Opportunity Scorecard indicates that 37.9 percent of working Mississippians are in low-wage jobs.

Universities can create strategies to increase public funding through need-based federal and state financial aid, Wiggins said. Mississippi could look at offering more needs-based—not merit-based—scholarships and grants to students as well, for instance.

Students from across the state compete for these funds, however, and federal aid is more reliable to access funding for students who qualify.

Inside the Financial Aid Office

When students apply for college, they request financial aid through the free application for federal student aid (otherwise known as FAFSA), providing family-income information to help the government estimate each applicant's qualified amount.

Once students are accepted to a college and send that college their FAFSA, those eligible for federal loans must receive "entrance counseling" as their "first-time award" is explained to them. Universities package all the awards the student receives after the FAFSA is processed with state and federal grants—including Pell grants—and scholarships for which they qualify. When grants and scholarships do not cover the cost of tuition, which is most of the time, students are offered federal loans to help pay for the rest of their tuition.

Students are encouraged to try to pay the difference outright, find additional scholarships or develop a payment plan to keep them from taking out student loans, but often this is not enough. Federal loans come in two forms—subsidized and unsubsidized; students are eligible for either or sometimes both based on the information provided on their FAFSA forms.

Financial aid and paying for college can be stressful and onerous. Applications need to be filled out well in advance for several scholarships and grants. Moncure said students should be thinking about finances in high school and working toward financial literacy as they prepare to apply for college, she said. Her team at JSU does presentations in high schools regularly to alert students to the preparation required for financing tuition in college.

"If you have to borrow what it takes, you need to become financially literate," Moncure said.

Her advice for students is to start early and apply for as many grants and scholarships as possible, because those applications are always free. Every university and college has a different financial aid calendar that students should pay attention to. In preparation, Moncure suggests students visit studentaid.ed.gov to learn more about their options for financial aid and grant money. Students applying for college should check financial aid deadline at those colleges.

While it is crucial for students to be aware that student loans will obligate them to deal with a sizeable debt soon after graduation, Wiggins said, ultimately a degree and an education are an investment students make in themselves.

"You want to work to minimize the amount of money you have to go into debt," Wiggins said. "But you have to look at it from the lens of 'return on investment,' investing in yourself and your potential return on income."

To see how your college or university ranks for federal financial aid and student debt, find your school's box graphic or visit projects.propublica/colleges.

If none of those works for you, you might be eligible to postpone your payments through a deferment or forbearance. Keep in mind, depending on the type of loans you have, interest may continue to accrue in the meantime.

Under some circumstances, you may not have to repay your federal student loan. These include for taking certain public-service and teaching jobs. Your obligation might be discharged if the school you attended closes or if you become disabled.