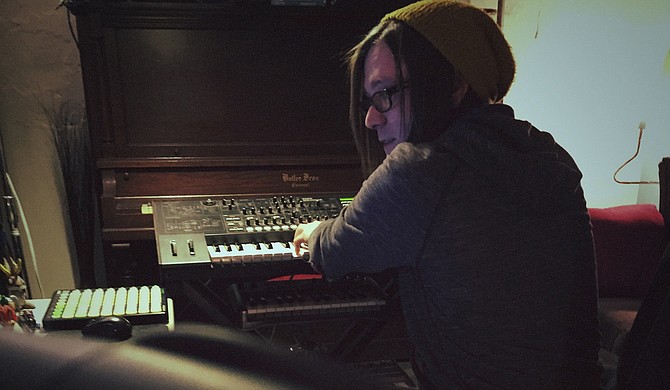 Tre Pepper has been musically inclined as far back as he can remember. Growing up in the small town of Greenville, Miss., he played guitar and bass in various garage bands with friends, booking as many local music gigs as he possibly could. At age 17, his family moved to Jackson, and Pepper was surprised to find out that the city had an expansive music scene. As he began connecting with other musicians, he met multi-instrumentalist and vocalist Walter Young, who played with groups such as Alexander's Dark Heart and The Try-Force.

"He was involved with the local music scene at that time, and I really respected his music and sort of just wanted to be friends," Pepper says.

While the two musicians remained close over the years, life took them in different directions. Pepper, 29, who performs as electronic artist Loki Antiphony, put much of his focus on producing his own music and other Jackson artists' recordings, such as AJC & the Envelope Pushers' upcoming album, "Fallen Star." Meanwhile, Young, 31, moved to Seattle to work in the technology industry in June.

Despite busy schedules, the duo decided to take on a shared venture as Echo Victor, a studio project that combines Pepper's talent for electronic instrumentation with Young's more rock-oriented sensibilities. The collaboration began in Pepper's studio in midtown while Young was finishing his master's degree in computer science at Jackson State University in summer 2014.

"We would start on a new song every day until we developed it into a large body of work," Pepper says.

"We went and picked our top 15 favorite tracks and refined those for the album."

Although the music draws comparisons to bands such as The Postal Service and Tame Impala, singer-songwriter Beck was one of the biggest creative inspirations for Echo Victor's upcoming album. Pepper and Young plan to put the record out independently, starting with a release party on Saturday, Dec. 19, which will feature a screening of a music video for the song "Background Noise" that Clay Hardwick directed.

Even with 12 years of production experience, Pepper says he and Young came across creative hurdles such as the ever-looming writer's block during the recording process, but ultimately, the obstacles to completing Echo Victor's debut album were positives.

"That's a part of how you learn things—not being so stuck in your ways and being open to new ideas," Pepper says.

Listeners can expect the tracks such as Echo Victor's first single, "Follow the Radio," to bear some connections to Pepper's previous tracks as Loki Antiphony. The producer says he didn't turn to past descriptors while working on the latest release.

"I try to avoid genres," he says. "I like different styles of music. I like to go for whatever I feel emotionally connected to at that time. That can be anything from mellow folk music to electronic-dance music."

Pepper says the goal for Echo Victor is simply to get the music to the people who will enjoy it and to evoke an emotional response from all who are willing to listen.

"Hopefully, I can inspire in them the same kind of feeling I have every day when working on music," he says.

The Echo Victor album release party is Saturday, Dec. 19, at Offbeat (151 Wesley Ave., 601-376-9404). Admission includes a copy of the album with a suggested $10 donation. For more information, find Echo Victor on Soundcloud and Facebook.