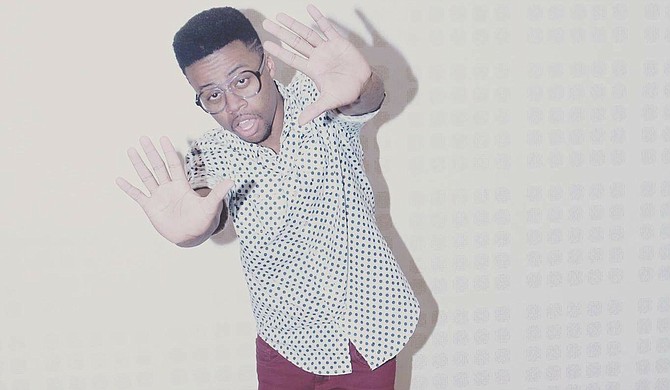 Even within a specific genre, music listeners and critics often try to categorize the style of a given artist. Jackson-native producer and musician Antwone Perkins says he doesn't place himself into any of these defined categories, often combining elements of soul, R&B, hip-hop and pop in different doses, and he wants people to know that being different doesn't make you an outcast.

"I wouldn't ever classify myself in a genre," he says. "I like to be open-minded and let the beat dictate my style."

Growing up in church, Perkins, 27, says he recalls watching his mother, Florence Jackson, sing in the church choir and desiring to be a singer, as well. At the age of 5, he was given that opportunity.

"I would ask to sing in church behind her, and she would pass me the microphone, and I'd just do my thing," he says. "I wanted to always perform. I started practicing at church. I would love hearing the people clap for me and tell me to go ahead. That's how music just stuck with me."

Perkins wanted to further his craft, so at 9 years old, he began writing his own songs to perform for family members. Being raised in a religious environment came with its share of difficulties, though. He says his mother was against him performing and writing any type of secular music, which presented a greater challenge by the time he was 14 and ready to record original songs.

He managed to collect $500 from his family to record his first track, "Lessons," in 2004. The process of recording the song, which was a Christian ballad about the life lessons that learned thus far, spearheaded Perkins' interest in working in production.

"There was a special rate at the studio, so I paid Cedric Wiley of Coyote Productions to teach me to work the equipment," Perkins says. "It was supposed to be for recording time, but I didn't want that. I wanted to learn the program."

In addition to learning about production, Perkins has learned to play a variety of instruments over the years, practicing piano and drums since he was about 9 years old and picking up saxophone, bass and guitar about a year ago. He says he admires artists and producers such as Prince, Andre Benjamin of Outkast, Kanye West and Pharrell Williams, all of whom greatly influenced him to become a multi-instrumentalist.

When Perkins entered Jim Hill High School, he flourished as an artist by passing out his CDs to classmates in order to create a fan base. He also noticed the way that music influenced his peers and decided to study human behavior.

"I knew I could do more with my music if I learned people," he says.

After graduating from Jim Hill in 2007, Perkins attended Jackson State University, where he earned a bachelor's degree in psychology in 2012. Two years later, he dropped his first EP, "C.O.C.A.I.N.E. in Color," a 10-track compilation about the truth of life as an African American.

As an artist, Perkins says his greatest challenge has been creating awareness for his music because it can be difficult to categorize him stylistically, but knowing that also brings him happiness.

"My biggest thing is longevity and legacy," he says. "I want to bring diversity back and show people creativity isn't dead in music. If we can just come together, we can make an impact on the whole community."

Perkins is currently working on his upcoming studio project, "A.N.T.W.O.N.E.," which he is co-producing with Redd Knova and D-Rio. He plans to release the album later this year.