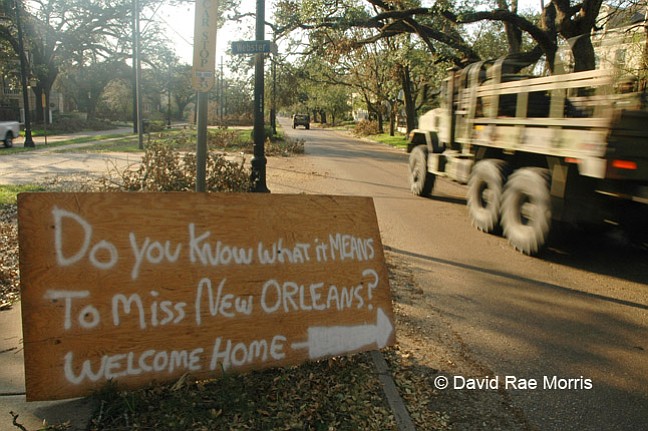 A military convoy drives along St. Charles Avenue in Uptown New Orleans, Sept. 8, 2005. The city was devastated when the levees broke after Hurricane Katrina made landfall in southeast Louisiana, flooding 80 percent of the city. Photo courtesy David Rae Morris