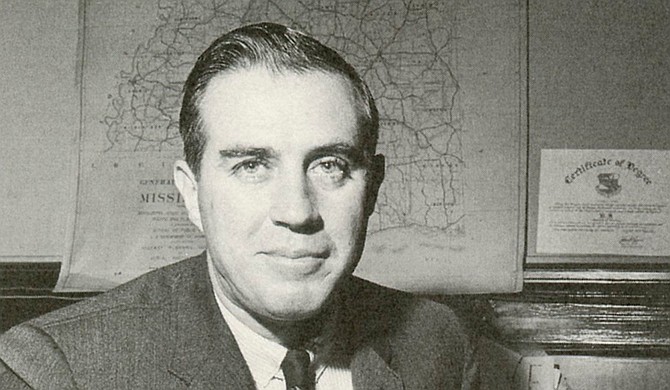 If we measured marathons in years instead of miles, journalist Wilson "Bill" Minor would be 10 years away from completing his third reporting marathon in Mississippi. Photo courtesy Ellen Ann Fentress

If we measured marathons in years instead of miles, journalist Wilson "Bill" Minor would be 10 years away from completing his third reporting marathon in Mississippi. For nearly 68 years, Minor has covered the state's political news, including the hard news on events that spurred the Civil Rights Movement.

That era in Mississippi's history, as seen through this marathon reporter's eyes, is at the heart of "Eyes on Mississippi," an hour-long documentary film, which Ellen Ann Fentress produced and Lida Gibson edited. Currently in post-production, the documentary is on schedule to premier this spring.

A native of Louisiana, Minor began his career in 1947 as the Mississippi correspondent for the Times-Picayune.

To this day, Minor's knowledge about events on the ground and behind the scenes during the turbulent 1950s and '60s is unparalleled. In an interview for the film, late federal lawyer John Doar said that Minor is "the one reporter who had a native connection to Mississippi."

At 92, Minor continues to write a weekly, syndicated column that appears in a variety of newspapers throughout the state.

"Eyes" producer and co-writer Ellen Ann Fentress is his long-time friend and colleague. Hired by Minor in 1978, Fentress got her start as a journalist writing for his short-lived weekly paper based in Jackson, The Capitol Reporter. Recognizing the historical value of his stories and unique perspective, Fentress began working on "Eyes on Mississippi" in 2010. She met with Minor every Tuesday afternoon and eventually accumulated more than 40 hours of footage.

"People have been telling Bill to write his memoir for 30 years," Fentress says. "Mississippi is too small of a pond to not have personal encounters. When you get as close to the stories as Minor did, you collect many amazing personal anecdotes."

Minor received a Louis Lyons Award for Conscience and Integrity in Journalism in 1966 and a John Chancellor Award for Excellence in Journalism in 1997. Nevertheless, Fentress believes the full impact of Minor's work has yet to be recognized. The need for a closer look prompted her to document Minor's personal stories and demonstrate the trickle-down effect of his seminal reporting.

"Bill had more freedom than other local reporters because he was up in the pines of Mississippi," Fentress says. "If he'd been a reporter in New Orleans, he wouldn't have had the freedom to be as aggressive. He took full advantage of the opportunity."

The film's title, "Eyes on Mississippi," has a double meaning. It's the name of Minor's Sunday op-ed column that ran in the Times-Picayune until 1972, but the name also speaks to Minor's journalistic intentions to inspire more people to keep an eye on events in the state.

"As a reporter, Bill felt the best thing he could do was to get as many eyes as possible on Mississippi, to bear witness," Fentress says. "It was what he could do while reporting during the 1950s and '60s Civil Rights Movement."

When the Picayune closed its Mississippi bureau in 1976, Minor purchased a weekly paper from Pulitzer Prize-winning journalist Hazel Brannon Smith, who ran several weekly newspapers in Mississippi and, eventually, supported the Civil Rights Movement. With Minor at the helm as owner, editor and publisher, The Capitol Reporter was a liberal, independent newspaper that kept an eye on the state until 1981.

"The paper was always feisty, never profitable, but Bill received a lot of recognition as a reporter's reporter," Fentress says. "He was respected by journalists from all over the country. He could have gone anywhere, but he chose to stay in Mississippi."

In 2013 , Fentress decided it was time to get something out there. She enlisted the help of Gibson, an editor from the Jackson filmmaking community who shared her passion for the project. It's taken 10 months to edit a portion of the footage and produce the hour-long film. With a not-for-profit status, the project raised a total of $30,000 to cover productions costs.

"We received a $2,000 grant from (the) Mississippi (Humanities) Council," Fentress says. "The remaining $28,000 has been donations from Bill's admirers, people who are grateful for what he's done for the state and were willing to pull out their checkbooks."

At press time, the filmmakers needed an additional $4,000 to purchase the rights to archival footage and for post-production tech mixes and graphic support. If all goes as planned, the film will screen at Millsaps College this spring, with no exact date planned yet.

In addition to Doar, the documentary includes interviews with recently deceased civil-rights journalist Claude Sitton and Myrlie Evers-Williams, widow of Medgar Evers, who was gunned down in Jackson in 1963, Pulitzer Prize-winning journalist Hank Klibanoff and former Gov. William Winter.

The production team welcomes tax-deductible contributions toward finishing the film. Mail them to The Eyes on Mississippi Fund, c/o The Community Foundation of Greater Jackson, 525 E. Capitol St., Suite 5B, Jackson MS 39201. For more information and updates, find "Eyes on Mississippi" on Facebook.