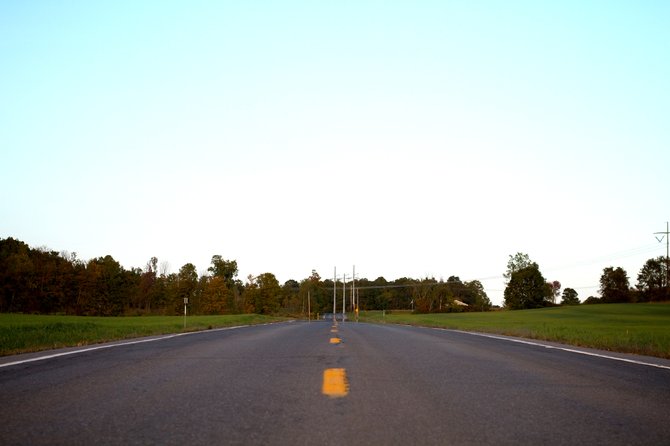 Before going on a long trip with your new significant other, it’s best to define the relationship and your expectations before hitting the road.

"The Delta trip did not go well. We're no longer seeing each other."

As I read the text from my friend, I wondered what could have happened. Just the week before, I'd met the fellow she'd been seeing, along with his two kids from his prior marriage. That seemed to be a sign that things were progressing nicely. How could their first weekend getaway have gone so awry as to end things altogether?

The details couldn't wait for happy hour, so in a flurry of messages, she quickly answered my questions. During the trip, my friend's suitor informed her that he was still seeing other people and had no desire to stop doing so. I paused. This did not strike me as information that one would convey to his lady on a weekend getaway, if for no other reason than to avoid the awkward silence of a three-hour drive home.

Personally, I would have assumed—as did my friend—that when one has introduced you to his children and invited you on an out-of-town trip for the weekend, he is not engaging other ladies in the same manner. And yet, I was reminded of something another wise friend of mine is fond of saying: You can't hold someone to expectations that you haven't told them you have. Apparently, expectations of exclusivity are something about which it is important to be explicit ... before you hit the road together.

Hindsight being 20/20, there were signals that he might not be quite ready to commit to dating one person. His photos on social media revealed a lot. Over drinks on a patio, my friend and I reasoned that perhaps she should have been more emphatic when she sensed he wasn't ready to date seriously and tried to tell him he should just be out having fun. The gentleman did protest too much when he claimed that no, he just wanted to date her. The lessons learned? Trust your instincts, and define the relationship before leaving town.

I kept that in mind while hearing from another friend about her latest adventure in dating. She'd recently met a gentleman who lived in a town about 20 minutes away, and they'd been in touch via text and phone ever since, making plans to meet up a couple of times—once with friends of his, once with hers. Before the second meet-up, I asked her if the two of them had been on an actual date or had just hung out. Because it's sometimes difficult to know what constitutes a proper "date," she reverted to evaluating clothing as an indicator.

"He's wearing a button-down and jeans tonight, so I think this is one," she said.

And so, we're back to expectations. Is this what we're left to? Determining our expectations of a social interaction based on wardrobe choice? It's a fair method, I suppose—particularly when it can be so hard to tell based on anything else. Heck, I admit to not being certain myself in the past of whether a guy and I were hanging out as friends or if he "liked me liked me" until he finally just grabbed and kissed me. Signals can be hard to decipher, and I suppose when you've lived through enough unrealized expectations, you just need clarity.

Whether it's communicating about exclusivity or merely determining if he likes you, directness is highly underrated. We ladies tend to over-analyze, send mixed messages or avoid things that make us uncomfortable. It's as if being confused is part of the fun. Except it's really not fun.

In the end, it's just better to put it out there and know what's what. It saves time, heartache and confusion. Without all the analyzing and deciphering, we're left with less fodder for conversation over cocktails, but, to me, that sounds to me like a worthy sacrifice to make. And it leaves time to talk about more important things.

As for the friend who had a busted weekend trip, I'm sure she'll get back out there into the dating pool and find another adventure soon, and I'm glad she didn't compromise her expectations to keep seeing that guy.

As for the other friend and her potential suitor, I wish them luck ... and great expectations.