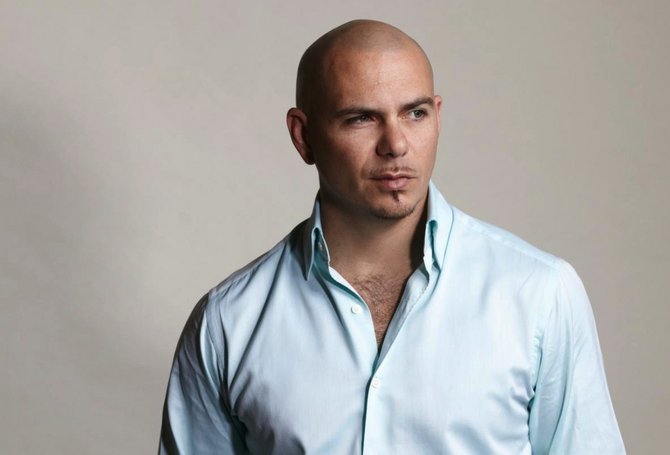 Contemporary artists such as Pitbull often forgo realistic depictions of life to maintain a persona.

I don't normally call out a particular song or performer. There are plenty of things that I don't like, but venting is best done with close friends or anonymously on the Internet. At the same time, my issues with rapper and Spanglishenthusiast Pitbull are well-documented, as they deserve to be. If future archaeologists studied the remnants of my life and said only, "Well, we know he didn't like this Pitbull guy very much," I would rest easy in my newly excavated grave.

It isn't that I have an issue with his general persona, though crowning himself "Mr. Worldwide" certainly lessened my tolerance of him. My dislike of Pitbull stems from something evident in most popular music today—a fundamental misrepresentation of emotion. You can find this fact boasted loudly in his most recent hit single, "Wild Wild Love," which features the transatlantic singing quintet G.R.L. As the title implies, this song informs us that Pitbull possesses and wishes to deliver "wild, wild love," meanwhile breaching the subject of how easily he can satisfy women with the conspicuousness of a tone-deaf man in a barbershop quartet.

I can understand if some readers won't make it past this point, as it may sound like I'm condemning any music that mentions sex. That isn't the case, of course. It's hard to dislike songs like Roberta Flack's "Feel Like Makin' Love" or Marvin Gaye's "Let's Get It On." Obviously, "Wild Wild Love" pales in comparison to those classics, but what's much worse is that it brings to light the saddest misperception in modern music—the suggestion that sex is love.

I realize how that sounds. In general, we know that these two words are connected, yet certainly don't always coincide. However, I feel that this error can, in fact, be a dangerous one when perpetuated in music ad infinitum, as it already is. As an example, let's look closely at "Wild Wild Love."

The chorus lyrics say, "Long live this wild, wild love that can't be tamed." If we imagine this song as a narrative, the female character would be expressing how strongly she and the male character love each other. "For better or for worse," as she puts it. It's a nice sentiment, but it's one that evaporates instantly if you pay attention to what Pitbull responds with.

"You need it. You want it all over your body." That's ... well, it's less loving, for one thing. The response is made even less appealing when you consider that the "it" Pitbull is claiming she wants "all over your body" is love. Perhaps unknowingly, he employs the term as metaphor for sex rather than a separate entity or powerful human emotion. It doesn't get much better in other parts of the song, including the second verse, wherein he suggests that he and the five women of G.R.L. sleep together at once. So, to reiterate, while G.R.L. sings about a love that persists even in hard times, Mr. Worldwide offers to have sex with them and cover their bodies with "love." How romantic.

The song "Dark Horse" contains threat after threat, informing the listener, or rather the character receiving the message, that she'll essentially destroy him if he leads her on. It makes for a cool-sounding, ominous pop song, but it's out of line with what love really looks like. Her rapping accomplice Juicy J takes this a step further with lines like, "Her love is like a drug; I was trying to hit it and quit it," or "She'll eat your heart out like Jeffrey Dahmer." I seriously doubt that Katy Perry is anything like the famous serial killer and sex offender.

Whether listeners choose songs for the lyrics or simply enjoy the beat, music and the messages that it delivers permeate our minds. It's in our blood, and the emotions that we surround ourselves with have an impact on our lives. Every time someone like Pitbull sings about "wild, wild love" and doesn't accurately portray the deep human connection, bit by bit, it dilutes what love means.