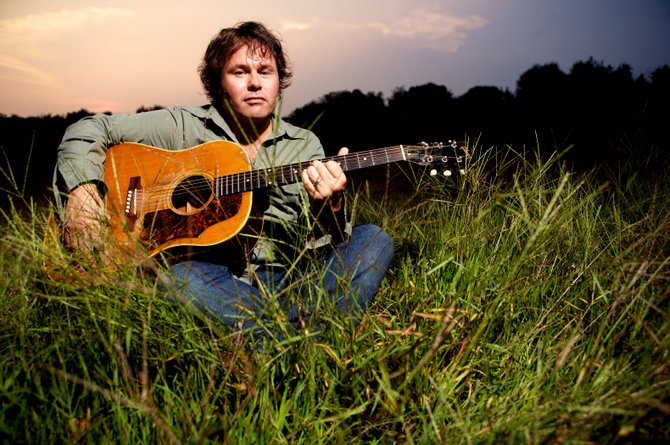 Most people know the music of Syracuse, N.Y., native Martin Sexton even if they don't recognize his name. Fans of the television show "Scrubs" might have heard his song "Diner" on the season-six episode, "My Night to Remember." His song, "Can't Stop Thinking 'Bout You," was on the Showtime series "Brotherhood" and, more recently, "Masters of Sex." He has also collaborated with artists including John Mayer and Peter Frampton.

His peers and the press often call Sexton, 47, a musician's musician. Fans recognize Sexton not only for his songwriting, but also for his soulful singing and unique guitar playing. Sometimes, he beat-boxes and sings into a separate distorted microphone in order to add another effect to his solos.

"Seeds," Sexton's 2007 album, debuted at No. 6 on Billboard's Heatseekers chart, and his 2008 release, "Solo," won Best Live Performance Album at the 8th Annual Independent Music Awards in 2009. His last full-length album was 2010's "Sugarcoating." On this current solo tour, he plans to explore old concert favorites along with new material he has been writing.

How do you enjoy playing the new material on this tour?

It's like the ultimate proving ground, I think. It's a funny thing, though. Some songs work well live, while others don't, but that doesn't mean the songs that don't work aren't valid. Some songs can be amazing in a movie or just for sitting down in your house and listening. (Performing) live is one of the ultimate testers, at least when it comes to my songs. I love it and hate it at the same time. The older songs I can play in my sleep, so with the new stuff, I have to step outside my comfort zone a little and focus.

The older material is sort of taking on a new life, too, isn't it?

That's what I love about live performance. My songs are sort of like monkey bars. It's a beautiful part about doing solo touring. I can play on them differently every night. Just the other night in New Jersey, I took a slow song, and I played it up-tempo like a rock song, and it was fun and awesome. I love doing that. It keeps it fresh for me and the audience.

Can you talk about the characters that occupy your songs?

(They're) people I meet, people I read about, people I wish I'd met. It's family, myself. My work brings me everywhere, and I get to meet so many people. I get to really know human behavior in my job; almost like a cop. Every minute is a new experience, (but) I probably have a safer occupation than a cop. My experiences with people are usually aren't bad ones. It's all in the sauce, as they say. I love coming to the south for the barbecue. I'm so deprived living in the north. I was up in Binghamton, New York, with my son, and it just kills me what passes for barbecue up here. I told my son that this place wouldn't have lasted three days down south. It just kills me.

A lot of your songs are popping up in movies and television these days.

I'm definitely blessed with placement. It happens very organically with me. There's not some placement guy or anything. Someone from Showtime or wherever will just call my manager. My wife loves "Masters of Sex," so it definitely earns me brownie points.

You've collaborated with quite a few big names in the music business. What's that like?

I enjoy collaboration when I do it, whether it's a live thing or someone playing on a record. Magic happens. One plus one usually equals five when you get artists together, or just people. I love it at my shows. I collaborate with the audience almost every night. They'll sing harmonies. It's like being in church. It's doesn't matter if they're older or younger, black or white, gay or straight, or left or right. They're just singing harmony like kids in a playground. In that moment, they're all just singing along. It's a beautiful unifying force (that) I'm honored to be a messenger of on a daily basis. Collaboration is always a beautiful thing, whether it's with some rich and famous guy or with a postal worker who bought a ticket to my show.