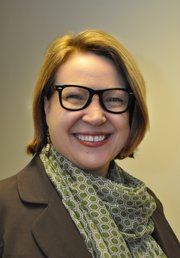 I spent last week in Battle Creek and then Detroit, Mich., steeped in a cauldron of emotion, inspiration and deep thought about both our nation's history and how the land of opportunity can be that for all our children.

I went to Michigan for the first gathering of 120 Kellogg Community Leadership Network fellows, of which I'm blessed to be one of 24 from Mississippi. The Kellogg Foundation is pumping resources into four places: Michigan, New Mexico, New Orleans and Mississippi. It wants to train leaders—including in personal development such as humility, self-care and being present—to then help others help themselves.

In a Native American casino close to Battle Creek, I spent three days among the most diverse group of people I've ever been honored to fellowship with. I don't mean just black and white; I'm talking young, older, Native Americans, Asians, Latinos, LGBTQ folks of various ethnicities, Democrats and Republicans.

We were all united around a common theme: to learn to better help vulnerable children and, thus, their families and communities. This vision comes all the way from the cereal king himself, W.K. Kellogg, whom I learned a lot about last week. Bottom line: He was a smart, hard-working entrepreneur who believed in giving back. But it wasn't about charity; it was spending his money and time to help others learn to help themselves. None of that surprised me—although I didn't expect to learn that the Kellogg empire, and thus philanthropy, grew out of his and his family's Seventh-Day Adventist faith, which took hold and sprouted into an entire religion right there in Battle Creek.

What really surprised me was that the great former slave and feminist Sojourner Truth spent the last decades of her life in Battle Creek. Not to mention, that the small city was the site of a powerful Underground Railroad station run by a Quaker family, practicing their religious beliefs (which were far different than other Christians who were trying to hunt down, recapture and punish slaves who escaped).

The week was filled with revelation and much food for thought. Beyond the immense ideas I was gleaning in the Kellogg sessions and conversations with other fellows, I found this historic backdrop immensely powerful. Here I was, a Mississippian about to celebrate the 50th anniversary of the brutal Freedom Summer in my state, and I was visiting the grave site of a black woman who freed herself, fought in court to get her son back from a slave holder, and then helped many other slaves—covered with whip scars and some with hobbled ankles—limp and crawl and escape to freedom from my home state and others under cover of darkness.

It was as if the nation's historic cycle of violence, which led directly to the conditions so many of our vulnerable children live in today, spun and swiveled right before my eyes.

On Thursday, after I checked out of the Firekeepers Hotel (owned by the Potawatomi tribe, whom the Quakers and Adventist types did less to help in the 19th century), I decided to drive back to Battle Creek before heading to Detroit to network and brainstorm with my journalist friend (and former mentee) Amy Haimerl who helped plan and name the Jackson Free Press. (Also a rebel, Amy chose Detroit over a top editor job in the Bay Area because she, too, wants to help build community and tell the truth on behalf of our cities with the greatest need.)

I first visited Battle Creek's monument to Sojourner Truth, an illiterate woman who shed her slave name and chose "Truth," saying "... and truth shall be my abiding name." I then found the monument to the Underground Railroad station, which was on the site of the current-day Kellogg Foundation offices. It includes statues of slaves of various ages fearfully ducking into a home (or "station"), where they would stay during the day and then be "conducted" by a mixture of free blacks and abolitionist whites to the next safehouse under cover of night.

It also included a figure of Quaker Erastus Hussey, stationmaster. A historic marker quoted him on whether he got paid for the railroad work. "No ... we were working for humanity," the white man answered.

Among so many other powerful memes that arose on this trip, those four words stuck to me like Velcro, and I'm still trying to sort out what it all means for me.

Certainly, it affirmed my determination to use my Kellogg fellowship for the next three years to keep speaking truth to power and to train and empower others, especially young people, to do the same. As Mrs. Truth said, as quoted next to her Battle Creek statue, "Lord, I have done my duty, and I have told the truth and kept nothing back."

During the convening, as Kellogg likes to call it, I addressed the role of media multiple times. The media must give the people the information they need to make informed decisions and demand good policy for families and children. How often have we been snookered by bad politicians and conniving racist demagogues right here in Mississippi into hating "the other" and believing they are more violent, less willing to work, more greedy, less worthy than our kind? And consider how our state has suffered because the very people who should be working together for the common good, and the beloved community, are convinced to distrust people they are more like than they realize.

After two days in troubled-but-determined Detroit, I came home resolved to tell more truth and to build stronger community. It's good timing here for that: The JFP is doubling down on deep journalism starting this week with dynamic new Features Writer Carmen Cristo and bulldog Investigator Reporter Anna Wolfe joining us from Mississippi State. Our recent news hire, City Reporter Haley Ferretti from Delta State, dove head-first into city elections and the LGBT civil-rights struggle here. Not to mention, students from Alcorn State to MSU to Ole Miss to Murrah High School to St. Andrews to St. Joe's to Jackson Prep and beyond are pouring in to train in the JFP's summer internship program, and Starkville Free Press Assistant Editor Zack Orsborn is spending part of his summer in Jackson to train on-site.   Let's just say that News Editor R.L. Nave and newly promoted Assistant Editor Amber Helsel are walking around grinning ear-to-ear about the coverage potential they're suddenly facing. For my part, I'm seeing a vision of roots sprouting so many directions into Mississippi's future, bolstered by excellent reporting, storytelling and the kind of honesty Mississippi deserves.

With Kellogg's support, help and inspiration, I pledge to train and direct these remarkable young minds toward finding and sharing their own truth and that of others in Mississippi. Together, we grow and prosper.