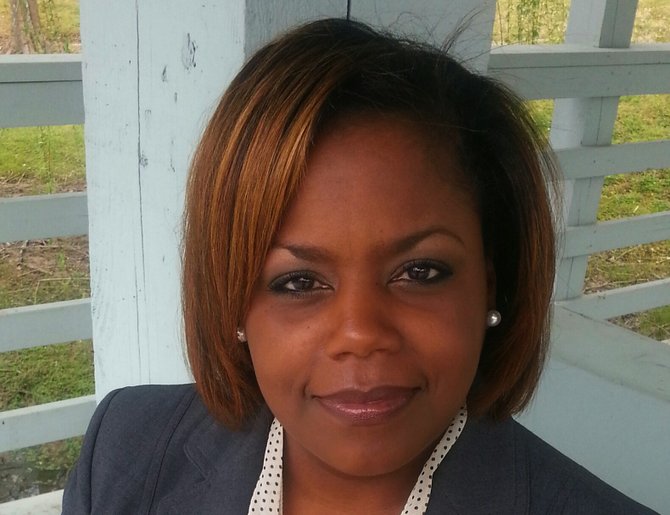 Jennifer Riley-Collins, executive director of the Mississippi ACLU, and other advocates are calling for common-sense legislation that protects workers, including immigrants.

A mariachi serenade greeted visitors to the Mississippi Capitol Wednesday. But Johnny Mora's guitar and soaring vocals weren't there to soothe the savage breasts of state legislators and lobbyists; his performance prefaced the unveiling of the Mississippi Immigrants Rights Alliance's legislative priorities for the 2014 session now underway.

"We have a few issues," said Maria Lopez of MIRA. "We are people, and the only thing we want to demand is to be treated equally."

During MIRA's Civic Engagement Day, attendees walked from the MIRA office on North State Street to the state capitol. Dozens of immigrants and their supporters filled the staircase behind the speakers' podium under the rotunda, and as the speakers made their short presentations, Lopez provided a Spanish translation. The group planned to attend legislative sessions after the press conference.

Among MIRA's priorities is to extend in-state college tuition rates to Mississippi's "dreamers," those raised and educated in the state's public schools but are not citizens. Under current law, even if an undocumented immigrant graduates from high school in a Mississippi school, he or she must pay out-of-state tuition to attend a state college or university. House bill 209, sponsored by Rep. Reecy L. Dickson, D-Macon, hopes to rectify that situation.

State Rep. James Evans, D-Hinds, who also serves as a MIRA board member, paraphrased the words of Dr. Martin Luther King Jr. as he spoke directly to the crowd on the stairs. "I can't be what I want to be until you are who you want to be," Evans said.

Cecil Brown, another Democratic legislator from Hinds County, said that the children of undocumented immigrants represent an underdeveloped economic resource for the state. He also advocated for extending in-state tuition rates to Mississippi "dreamers." "It's only fair," Brown said.

Beyond the tuition issue, undocumented immigrants cannot obtain a driver's license, said Patricia Ice, MIRA's legal project director. It's an issue Ice has been working on since she came to Mississippi in 1998. In addition to limiting access to jobs and schools, unlicensed drivers cannot obtain car insurance, which drives up rates. To date, 12 states have enacted legislation to allow undocumented immigrants to obtain licenses, including Illinois and New Mexico. Ice hopes that Mississippi will become No. 13.

"Others are going to follow because it just makes sense," Ice said.

Workers' compensation is another issue that affects immigrants, many of whom work at physically demanding jobs such as construction. Jaribu Hill, executive director of the Mississippi Workers' Center for Human Rights, fired up the crowd with a call to extend more compensation to injured workers. When a person is injured and can't work, Hill said, he or she can no longer provide for a family.

Under current statutes, an injured worker, even one who is permanently disabled, can receive up to two-thirds (just over 66 percent) of his or her average salary for no more than 450 weeks. Senate Bill 2210 seeks to increase the cap to 520 weeks, or until the person's death in the case of permanent, total disability.

The Mississippi Workers' Compensation Commission reported that more than 11,000 workers were injured on the job in 2012, and 67 workers died. After Hill provided those statistics, she led attendees in chanting, "450 weeks is not enough!"

Mississippi "works best when we all work together," Riley-Collins said.